Little Japan at a Swiss company

Tokyo (SCCIJ) – Zeria Pharmaceuticals from Japan bought the Swiss pharmaceutical maker Tillotts in Rheinfelden near Basel about twelve years ago. Slowly, their connection grew beyond pure economics into the realm of culture and philosophy. For example, Tillotts built a Japanese room for its employees for relaxation and as an introduction of Japanese culture. CEO Thomas Tóth von Kiskér is of course a Japanophile, too. 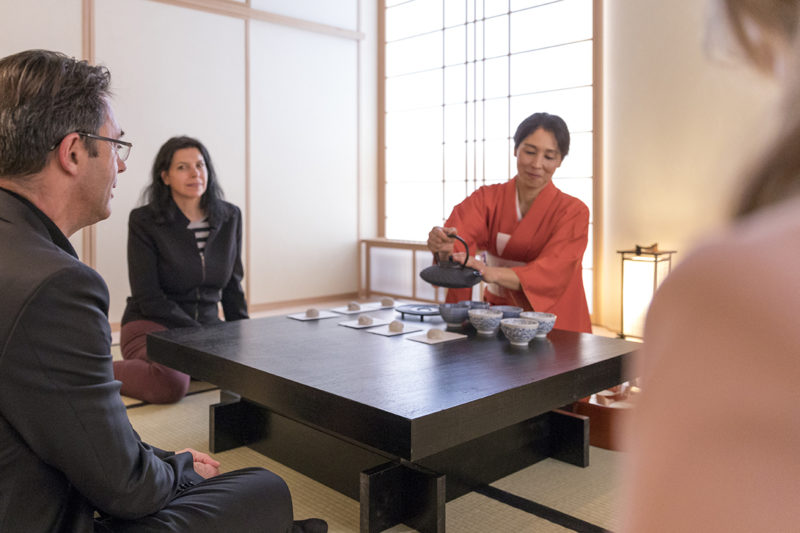 The opening of the “Little Japan” relaxation room was celebrated with a tea ceremony (© Tillotts).

Tillotts with its British and Swiss roots employs over 300 employees in Switzerland and abroad and specializes in the development, acquisition and commercialisation of innovative pharmaceutical products for the digestive system. When it built a new office in Rheinfelden, Tillotts incorporated the employees’ needs and wishes for a new, modern office. One of the main requests was to include areas for regeneration, giving them a possibility to switch off and reduce stress whenever needed. At the same time, Tillotts was looking for a way to pay tribute to its Japanese parent company, Zeria Pharmaceuticals, and thank them for their continuous trust and support.

With this in mind, a vision for the new regeneration area was developed. It became a reality as Tillotts opened “Little Japan”, a “washitsu” room with tatami floor (rice straw mats) and classical Japanese design elements. At the opening ceremony, the management invited the employees to a traditional Japanese tea ceremony and explained the features of the room. The wooden beams smell of fresh cedarwood, everybody takes off their shoes, the use of smartphones, tablets, and music players is not allowed. 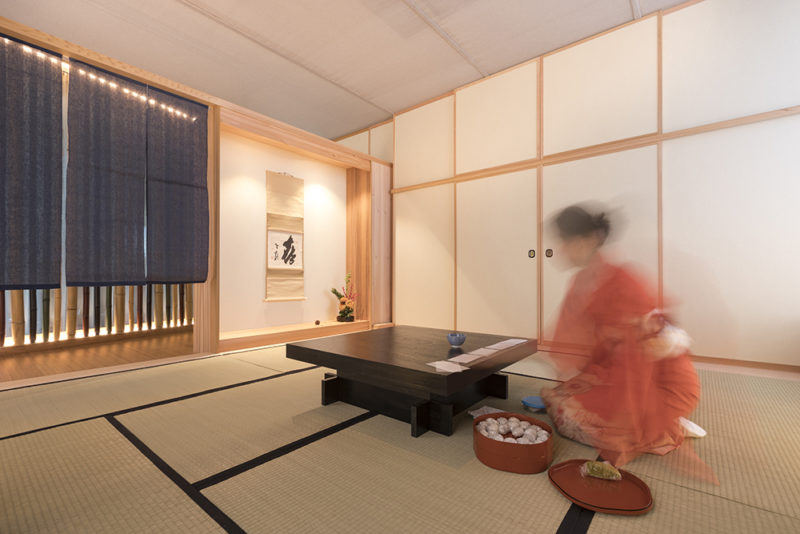 The Hungarian-born Swiss CEO Tóth von Kiskér who has been leading Tillotts since January 2008 has grown himself increasingly fond of Japan. Although he has never lived in the island nation, Tóth is now the proud owner of a Japanese-style garden in his home in a Basel suburb, the Swiss newspaper NZZ reported. Tóth is fascinated by Japanese culture because it is “different from anywhere else.” Despite globalization, the country has managed to preserve its traditions impressively, he says.

After establishing a new sales organization in Switzerland this year, Tillotts announced in May that it would enter the new markets of Belgium, the Netherlands and Luxembourg. The accelerated expansion in Europe is supposed to fuel strong growth for the group in 2021. In November, Tillotts had acquired a drug for the treatment of Clostridioides difficile infections, taking the next important step in opening new affiliates in Europe.

Tillotts’ parent company, Zeria Pharmaceutical, was founded in 1955 in Tokyo and employs more than 1,800 people. Zeria holds a leading position within the gastroenterology field in Japan and operates internationally through a large network of subsidiaries such as Tillotts. Its shares are listed on the Japanese stock market.