Tokyo (SCCIJ) – The Swiss electric vehicle maker Micro Mobility Systems is betting that its first model Microlino will be a hit in Japan. The Swiss maker participated in the Tokyo Motor Show in November and already received more than 1,500 reservations from Japan, its most substantial order amount outside of Europe. The car design is an electric homage to the Italian microcar Isetta of the 1950s. Due to its egg-like shape, its curved windows, and its door at the front, this predecessor of the Microlino established the new category of “bubble cars.” 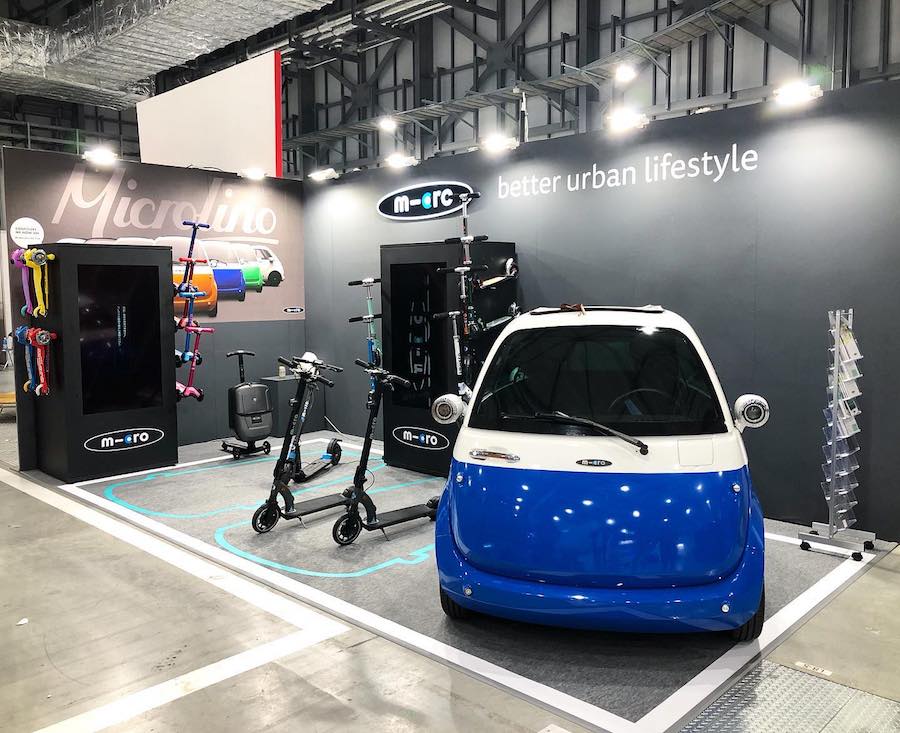 The design of the Swiss microcar Microlino, here at the Tokyo Motor Show in November, is patterned on the famous Isetta “bubble car” of the 1950s.

The Swiss microcar is an almost 2.5 meters long two-seater and positions itself as a linkage vehicle between bike and minicar. It can travel up to 200 kilometers on one single full charge. Also, the Microlino can be recharged at any conventional domestic power socket in four hours, with a Type 2 connector in just one hour.

The batteries are from China Aviation Lithium Battery, but the Swiss carmaker prefers to enter Japan as its first Asian market. This would be an ambitious goal, the Nikkei Asian Review wrote about the plan for the Microlino. Toyota, Nissan, and other auto giants that are known for their technological prowess and deep pockets would dominate this market.

But the Swiss car maker sees more chances than hurdles: With a price tag of 12,000 euros (1.4 million yen), the Microlino would be cheaper than other electric cars in Japan. Micro Mobility Systems, the company behind Microlino, already operates a sales office in Tokyo for its large variety of micro-scooters. CEO Oliver Ouboter is the son of Wim Ouboter, who invented a kickboard scooter 20 years ago. His company started to produce an electric version of the scooter in 2013. From there, the step to an electric microcar was small.

The Swiss company has received about 16,000 orders online. Italian electric vehicle maker Tazzari is supposed to begin producing the Microlino next year. Sales in Japan may start in 2021. The car parts will be shipped from Switzerland and then assembled in Japan. The Microlino maker is still on the lookout for a partner of the final assembly. 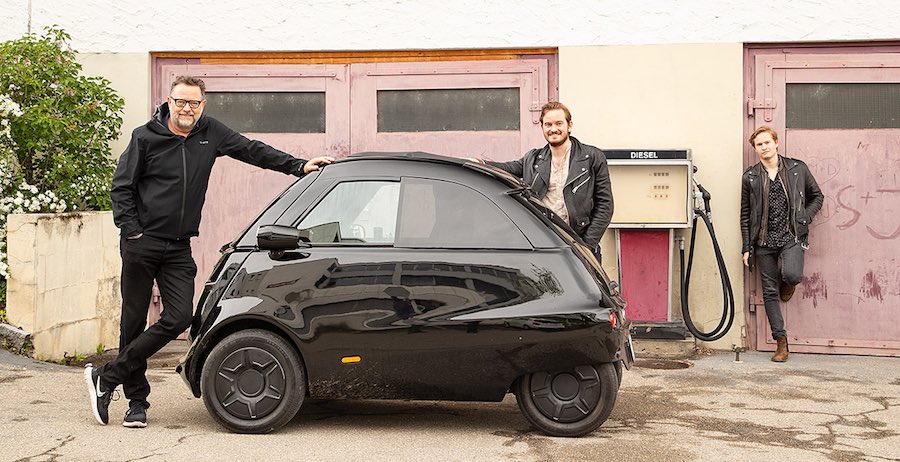 The first Swiss electric microcar Microlino with its top managements.

The Microlino project started in 2015. After having presented its prototype in Geneva after 15 months of development, the Swiss car maker joined forces in April 2016 with the Italian producer Tazzari as a partner for the mass production. The Italians had brought to market their first electric city car under the brand Tazzari and probably have the most experience in this category of vehicles in Europe.

After three years of working together and shortly before the Microlino production began, the German company Artega bought Tazzari and relocated the operation to Germany. Many Tazzari engineers and managers left. At the same time, the Swiss car maker disagreed with the new German owner about the quality standards and further development of the Microlino. Artega even launched its own electric minicar Karolino closely resembling the Swiss car. Microlino obtained a restraining order on the Karolino because of unfair competition.

“But setbacks are part of entrepreneurship, and we are working very hard to bring the Microlino on the road as fast as possible,” Micro Mobility Systems CEO Ouboter promised. Because of the delay, the company has postponed the down payments for all reservation holders. But it has uploaded a configurator for them to choose their personal features of the car. They also will receive a personal priority code via email that will ensure faster delivery once production starts.