Tokyo (SCCIJ) – Google has officially opened its innovation center in downtown Zurich. With around 5,000 employees from 80 different countries, often called Zooglers, a combination of Zurich and Google, the Swiss city is the information technology giant’s largest development hub outside of the USA. The Californian company is seeking further growth in Zurich over the years to come. 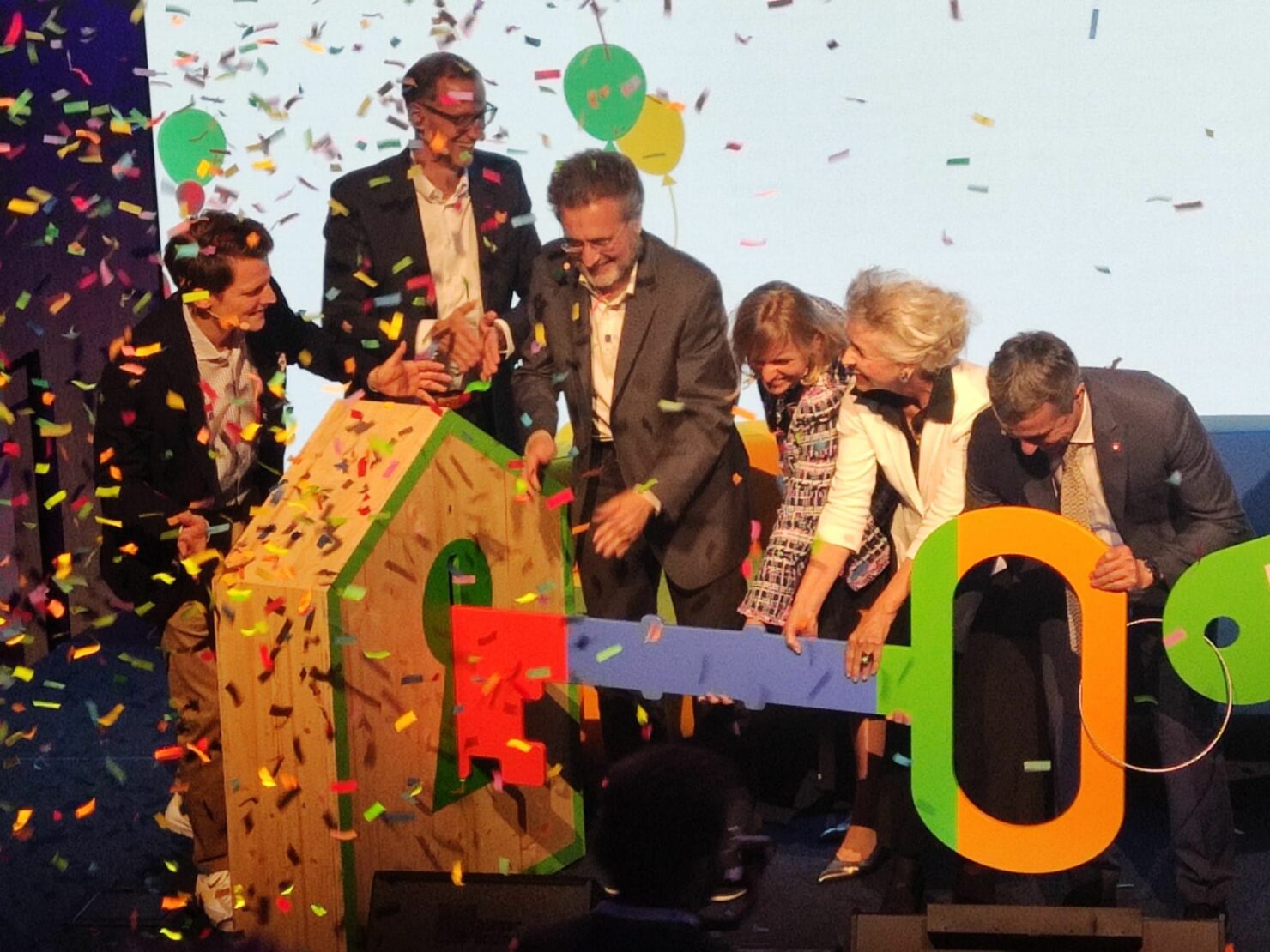 The first Swiss Google employee Urs Hölzle (third from left) and Swiss President Ignazio Cassis (right) at the opening of the Google Innovation Center in Zurich (via LinkedIn © Fabian Unteregger).

What began 18 years ago with four employees, has become a success for Zurich and all of Switzerland. The new Google Europe Research Team has been based in Zurich since June 2016. Previously, Google had moved into the first parts of the campus at Europaallee next to the train station as soon as these were finished in 2019. However, the complex comprising several buildings is now fully complete, Switzerland Global Enterprise reported.

Together with the academic community, including the Swiss Federal Technology Institutes in Zurich (ETHZ) and Lausanne (EPFL), Google has been working on research partnerships on machine learning, machine perception, and computer systems in Switzerland. Google has also drawn up plans to move into a 15,000 square meter office building on Müllerstrasse in Zurich in 2023.

Ignazio Cassis, President of the Swiss Confederation, attended the opening and said: “I congratulate you on opening the Innovation Center for two reasons: Firstly because you’ve done it and you attach such great importance to innovation. And secondly, because you’ve done it in Switzerland”. The fact that Google is investing in Zurich also reflects the city’s transition from a banking metropolis to a digital hub, Cassis explained.

“We carry out high-quality work in Zurich, which is the main reason why this site has managed to record sustainable, organic growth. The framework conditions in Switzerland have been great up to now”, comments Urs Hölzle, Senior Vice President for Technical Infrastructure at Google, in the press release.

A famous Swiss at Google

Hölzle, a former professor at the University of California at Santa Barbara, was Google employee number 8 and its first Chief Engineer. With Jeff Dean and Luiz Barroso, he designed the initial distributed architecture for Google. In particular, he led the design of its data centers which are said to use less than half the power of a conventional data center.

“With a Fulbright scholarship, Mr. Hölzle from Liestal moved from the ETHZ to the US, where he met Google founders Larry Page and Sergey Brin at the renowned Stanford University – the beginning of a wonderful friendship and a company story that would fundamentally change all of our lives,” the Swiss president said in his speech.

According to the S-GE report, Google Switzerland is involved in the development of Internet services such as the search engine, Google Assistant, Google Maps, Gmail, and YouTube. Zurich is currently the largest headquarters of the YouTube development team alongside the headquarters in San Bruno, California. In addition, Google Maps was essentially created in Switzerland, where Google also works with partners such as SBB and PubliBike to better map mobility services on Google Maps.