Tokyo (SCCIJ) – East Japan Railway Company, known as JR East, not only provides transportation, it also creates human happiness through its lifestyle service business. This was the central message of Ms. Mie Miwa, Executive Officer and General Manager of the JR East, Lifestyle Business Development Headquarters at the SCCIJ April Luncheon co-organized by the Danish Chamber of Commerce in Japan (DCCJ). 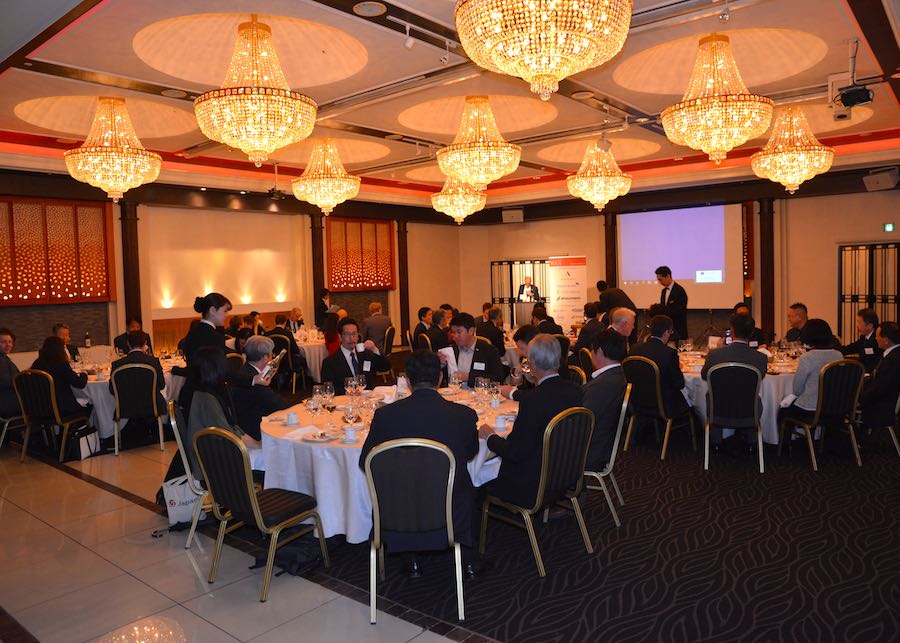 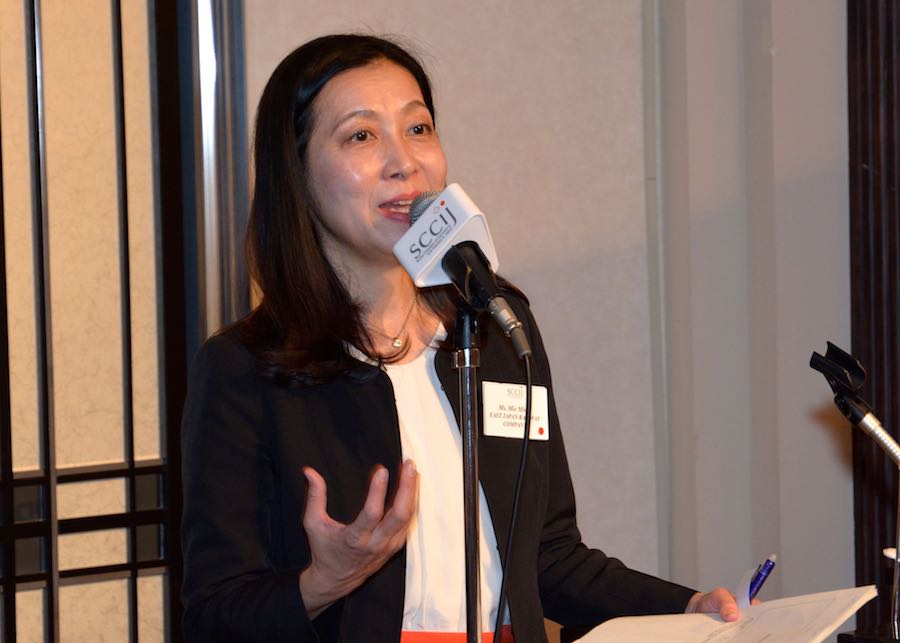 In front of almost 50 members and guests of DCCJ and SCCIJ, Ms. Miwa discussed the JR East lifestyle business strategy and presented the Shinagawa development project. She referred to the Lifestyle Service Business Growth Vision (NEXT10) announced by JR East in November 2017. According to NEXT10, JR East will expand its business area into towns, even to foreign shores. At the same time, the JR East Group would incorporate knowledge from outside the Group, for example through the JR East startup program, and continue to create new services. As numerical targets, the Group envisions a 150 % increase in consolidated operating revenues and operating income to 1.2 trillion yen resp. 180 billion yen. “We will shift from conventional station creation to lifestyle creation and town development,” the luncheon speaker said. Each station will receive an individual character, and the community around stations would be developed. “Under the motto City up! we want to bring smiles to the faces of residents.” For this, JR East would be looking for new ways to grow, pioneer, connect and improve.

Four ways to the future

Grow (nobiru): JR East is branching out into new areas in the in-station, shopping center, and hotel business. It wants to build up the necessary know-how to move into entirely new service areas and establish a presence overseas. The speaker named the recently opened restaurant J360 in Singapore Airport and the just established Atre Shopping Center in Taiwan as examples of how foreign ventures may stimulate innovation in Japan. Connect (tsunagu): JR East wants to join forces with local communities to engage in town development efforts centered on rail stations. “We are revitalizing regions by promoting their appeal and encouraging inter-regional exchange,” Ms. Miwa explained. As an example, she mentioned the cycle-based resort Playatre in the remodeled Tsuchiura station. A second example is the Platinum Town Plan under the theme of health and sports at the Eastern exit of Akita Station. To develop and market its lifestyle services business, JR East has integrated multiple credit cards into its JRE bonus point system to facilitate online shopping opportunities. Other initiatives will rely on robots, the internet of things and sharing promotion. “For example, we may have unstaffed car rental in stations and pair foreign tourists with local people,” she said. 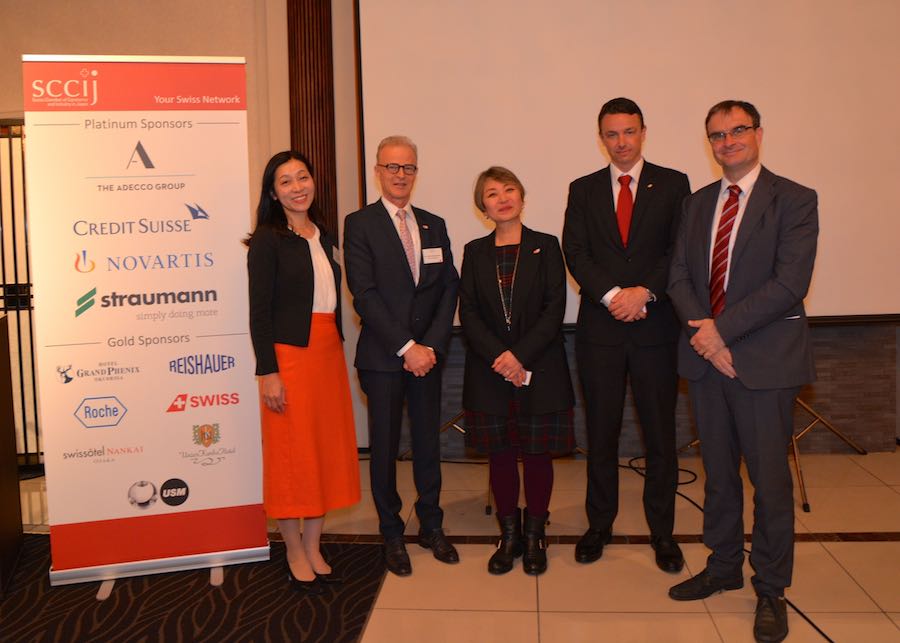 Improve (Migaku): Using the Yamanote line, which symbolizes the cosmopolitan Tokyo, as a starting point, the JR East Group will create and communicate to the world a “Tokyo VALUE” that represents a new forward-looking urban lifestyle. This initiative will also be implemented along other rail lines in the Tokyo Metropolitan Area. “We want to transform these places into communities,” Ms. Miwa said.


Pioneer (Hiraku): JR East will work with local communities to implement town development that heightens the appeal of towns. For this, multipurpose facilities that include commercial facilities, offices, and hotels are created which will also serve as hubs for culture and the arts.

“We also promote development to add value to the surroundings of our stations,” she added. Such promotion of rail line-side development is taking place in Akihabara, Shin-Kawasaki, and Gotanda. 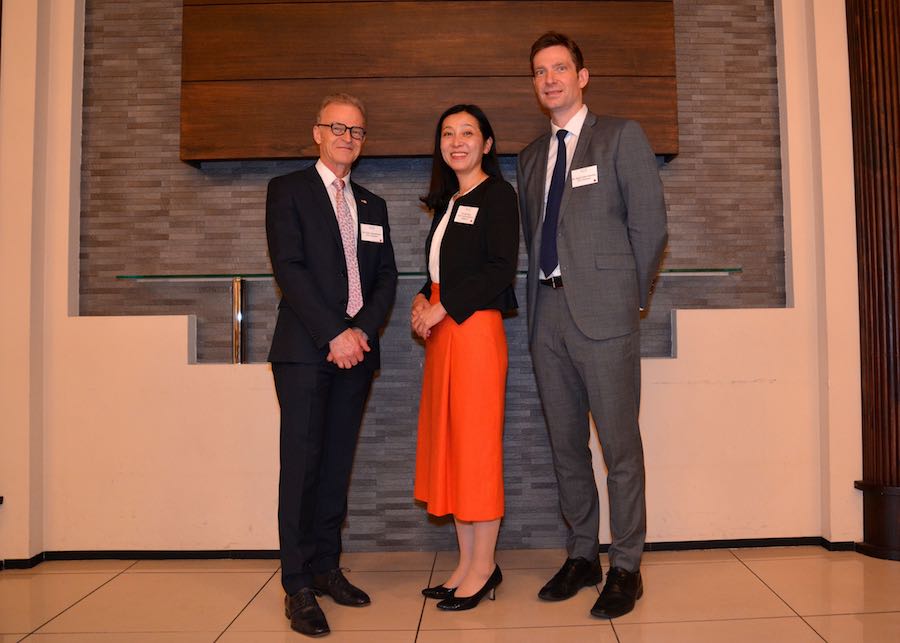 The largest JR East project is taking place between Shinagawa and Tamachi stations. A former railway yard of 22 hectares was halved which freed 13 hectares of land for development and the Takanawa Gateway station will open in March 2020. Shinagawa development project consists of 6 blocks and will open block 1 to 4 in 2024. We will open block 5 and 6 after 2030.

“The concept is to create an international town as an exchange hub,” the speaker said. She named three priorities JR East is pursuing: transportation and communication; establish environmentally suitable models; use the town as an example of Japanese values for other countries to see. One feature will be an open space of 6,500 square meters in front of the new station which will be turned into a facility where people can meet and learn from each other.