Tokyo (SCCIJ) – The Ueno Royal Museum is presenting the “Swiss-Japan Cultural Exhibition: Growing Images – Dynamic Life Forces” from April 20-24 featuring many connections to the Swiss city of Winterthur. The group exhibition documents an ongoing conversation between Japanese and Swiss artists, all of them active on the international stage: the Japanese-style painter Akihiko Iwanami, the contemporary artist Hiroko Tsuda, and the iron sculptors ChrisPierre Labüsch. Besides, the exhibition presents some works of the two Swiss artists Max Bill and Jean Arp from the collection of the painter Iwanami.

At the opening of the exhibition on Saturday afternoon, about 100 people came to view the artworks displayed on the ground floor of the Ueno Royal Museum. In his introductory speech, Mr. Michael Domeisen, CEO of the House of Winterthur, the investment promotion agency of Winterthur, lauded the enthusiasm of the Swiss artist duo Labüsch. “The two transformed the industrial heritage of the City of Winterthur into honest and each time surprising artwork,” he said. 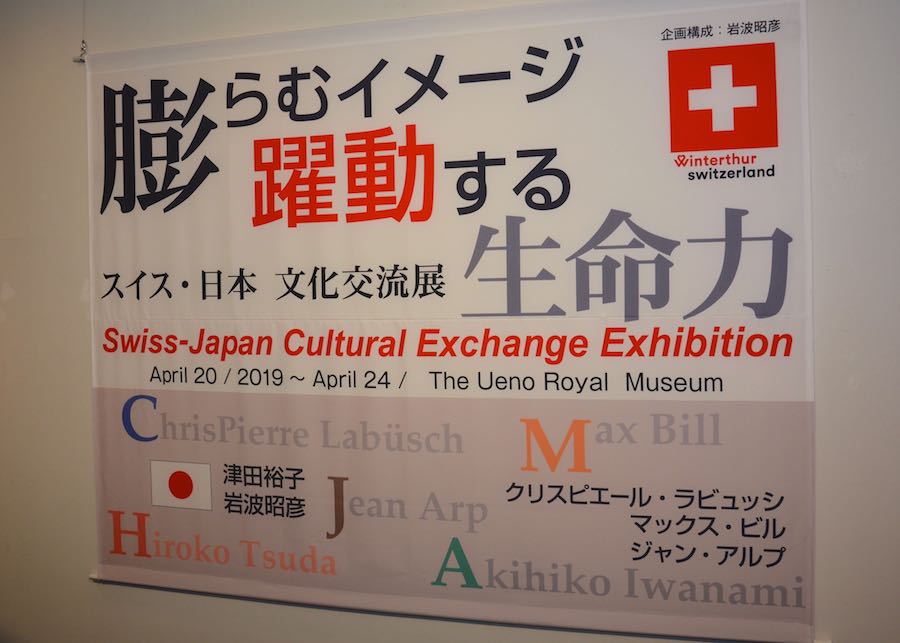 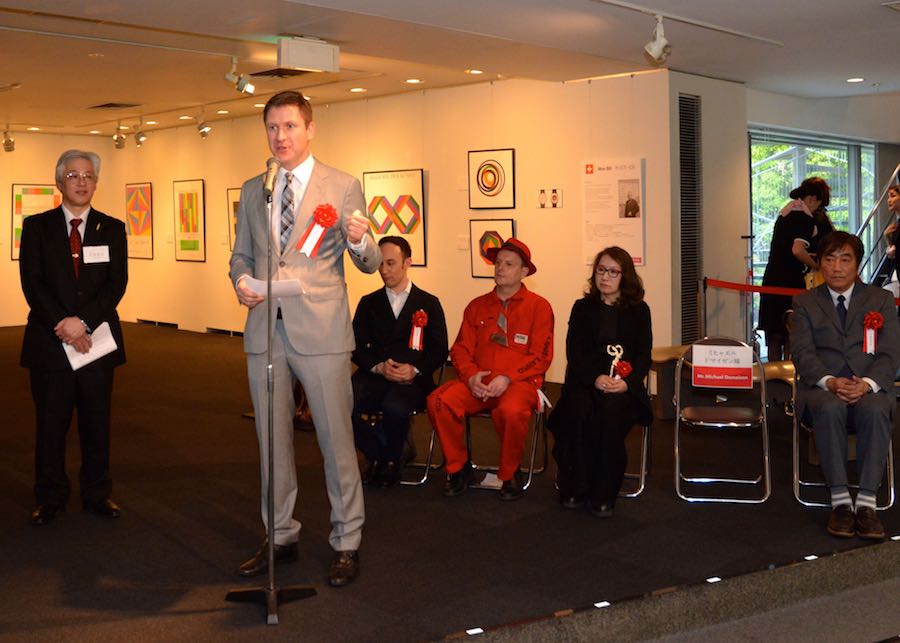 Mr. Michael Domeisen, CEO of the House of Winterthur, speaks at the opening of the exhibition in the Ueno Royal Museum

Also, Mr. Domeisen mentioned the early and lasting relations between Japan and Winterthur. “The Sulzer diesel engine division opened its branch in Kobe in 1908, and since then, companies from Winterthur are pleased being active in Japan,” he said. “Also, Japanese companies discovered the Greater Zurich and Winterthur as perfect hub to run businesses around all Europe.” The background: Since 2010, Winterthur emphasizes cultural exchange events to foster its key accounts in Japan. 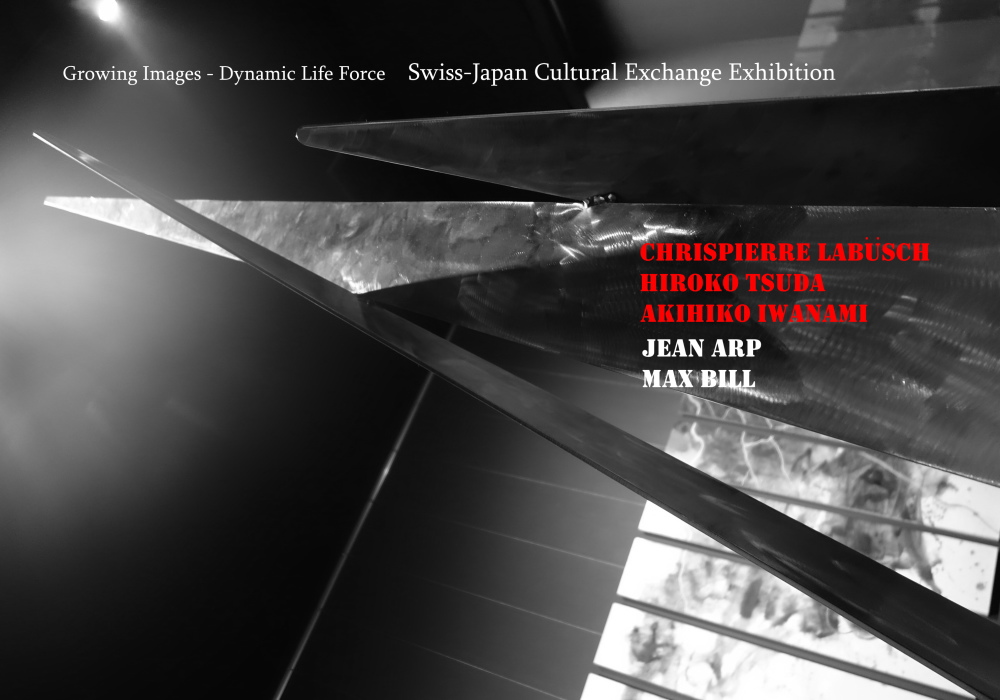 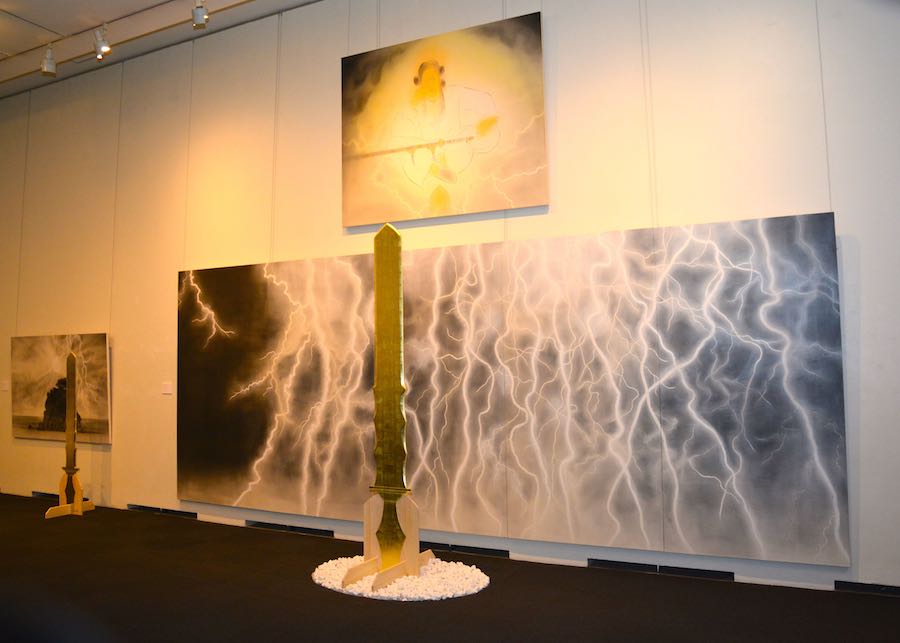 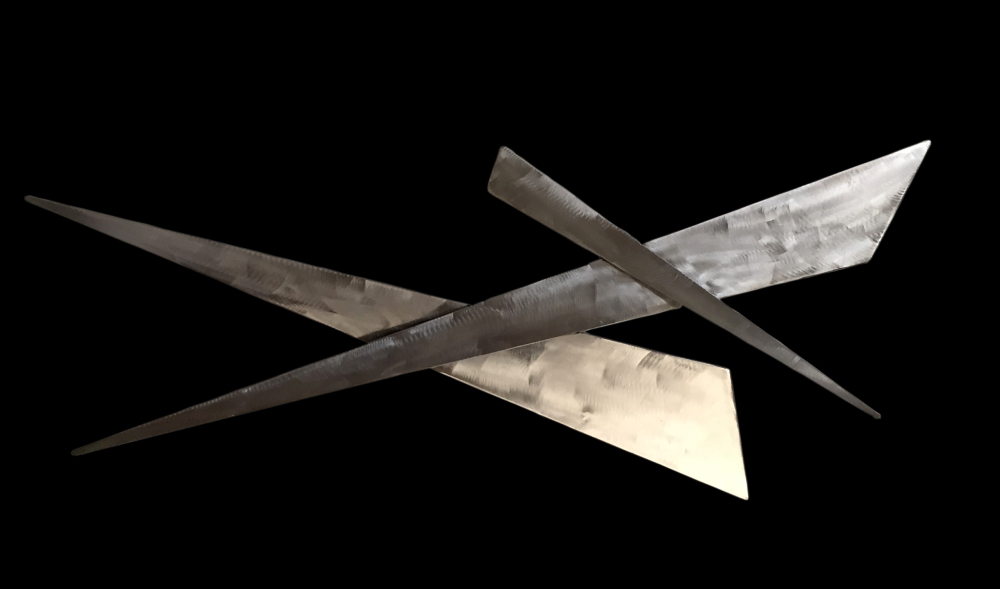 The Japanese-style painter Akihiko Iwanami, the Chairman of the Executive Committee for the Exhibition, described the exhibition as an “exciting body of work-pieces created from the gentle natural environment of Japan and the splendor of Swiss art”. Commenting on his works in the exhibition, he added: “I have learned much from Nihonga painting, which delights in the changing seasons, expressing sensual beauty that cannot be seen and transcends from the warmth of spring, the sound of rain, and the fragrance of flowers.”

For over 30 years, ChrisPierre Labüsch have been creating unique and well-known iron sculptures and have been working from their studio in the former industrial plant of the Sulzer Group in Winterthur. The fictitious name “Geotakeles” is derived from “geo” = geographic orientation and “takeles” = clear language (talking Tacheles). In 1987, their figurative work evolved into their first abstract work by using the iron waste from their previous creations. For this exhibition, the Swiss artist duo was reflecting on these origins and decided to enhance “Geotakeles” by working only with high-quality chrome steel to create new sculptures. 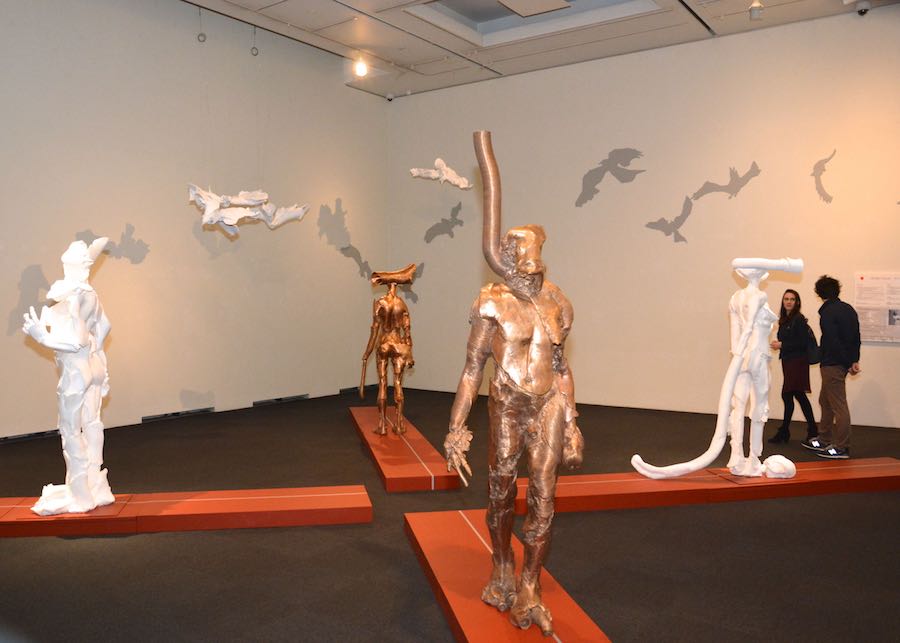 “We are all part of the universe” by Hiroko Tsuda

Hiroko Tsuda, who is a Nika Art Exhibition judge and professor emeritus of Joshibi University of Art and Design, also specializes in sculptures. “I have been thinking of the universe with its repetitive cycle of birth and death,” she commented on her contribution to the exhibition. Tsuda feels that the human body does not just exist in a human form, but also contains all of the earth and the universe. Thus, she has been trying to create a new concrete world by trial and error. Her artworks “We are all part of the universe” mean repetition of combinations and separations.