Tokyo (SCCIJ) – The Swiss company Neustark based in the capital Bern has developed an environmentally friendly way to produce concrete, a large contributor to global warming. The new building material binds carbon dioxide previously removed from the atmosphere. The first construction projects are already being carried out, including an elementary school. 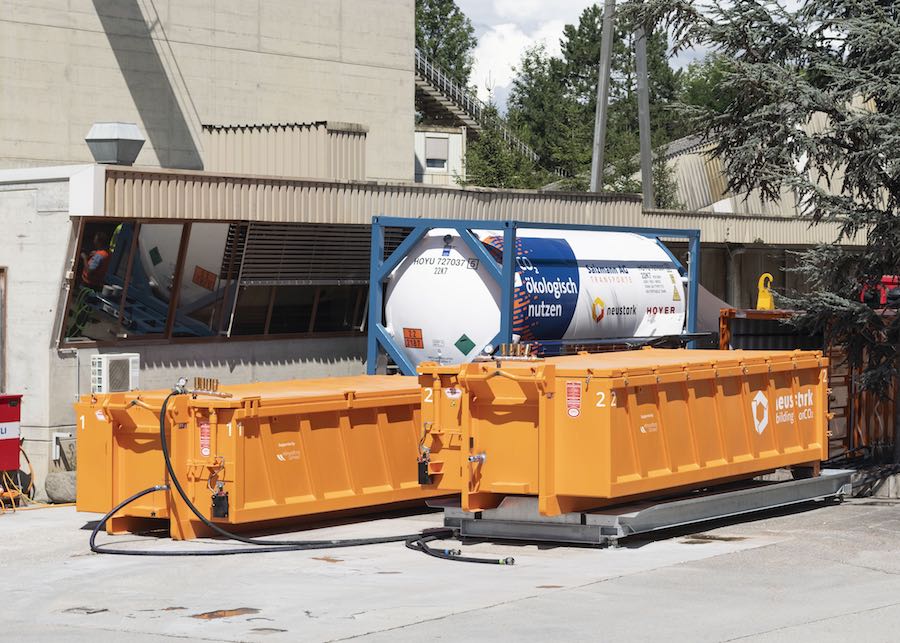 In the containers of the pilot plant, demolition concrete granulate is flooded with liquid carbon dioxide from a biogas factory (© Neustark).

More than 10 billion tons of fresh concrete are poured globally every year. Its production emits 2.5 billion tons of carbon dioxide, about twice as much as global air traffic. The young Swiss cleantech company Neustark has found an elegant way to reduce these huge emissions. There is a demand for its product: In the capital of Bern, an elementary school is built with Neustark concrete. Also, the construction company Kibag has started to market the innovative material under the brand name Kibeco.

The Swiss entrepreneurs came up with a technology that permanently binds captured CO2 in a granulate of demolition concrete. This granulate replaces sand and gravel in fresh concrete. As a result, less cement is required while keeping the properties of fresh concrete. Compared with conventional concrete, 25 kg of CO2 emissions are saved per cubic meter of fresh concrete.

The idea of Neustark: Granulate of used concrete has proven to be highly chemically reactive due to the huge total surface area of the numerous particles, each just a few millimeters in size: even without pretreatment, the broken concrete forms very stable chemical compounds with carbon dioxide. Neustark sources the gas from other industrial processes like a biogas separation plant at a wastewater treatment facility, thus even reversing CO2 emissions. 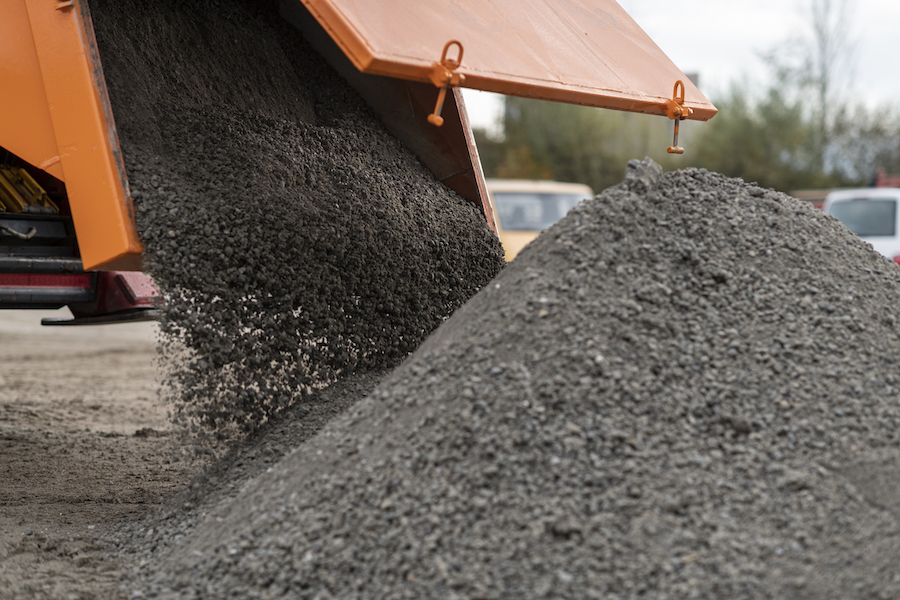 The granulate made from demolition concrete binds carbon dioxide from other industrial processes and replaces sand and gravel in fresh concrete (© Neustark).

Two young Swiss entrepreneurs founded the spin-off of the Swiss Federal Institute of Technology Zurich (ETHZ). Johannes Tiefenthaler is a doctoral student at the ETHZ Department of Mechanical and Process Engineering, working on the next generation of technology for the mineralization of carbon dioxide. The business economist Valentin Gutknecht, meanwhile, is a business economist and handles both the ever-growing team and the operational aspects.

“There are very few technical approaches for real negative emissions,” explains Tiefenthaler. His partner Gutknecht adds: “Our approach is unique because we show that added value can be created by binding carbon dioxide. And that negative emissions don’t just raise costs – they can actually provide economic benefits”.

The Neustark concrete is not completely climate-neutral. For example, the CO2 from other industrial processes has to be liquified for transport. But according to a Swiss newspaper report, the company is already working to significantly increase the storage capacity to more than 150 kg of CO2 per cubic meter by 2025. Such material would be a “net-zero” concrete that binds at least as much CO2 as is released during its production.

Text: Martin Fritz for SCCIJ, partly with material of ETHZ