As a trigger for a desire to go to Japan, Thomas Peter’s was an atypical one for an 18-year-old Swiss national. He had forgotten so many kanji characters that reading manga had become a struggle. Raised in Oberhasli, Zurich by a Swiss father and Japanese mother, he had attended Japanese school twice a week, but stopped at age 14. A few years later, his taste had gravitated towards more complex manga stories but he realised his Japanese reading ability had deteriorated. 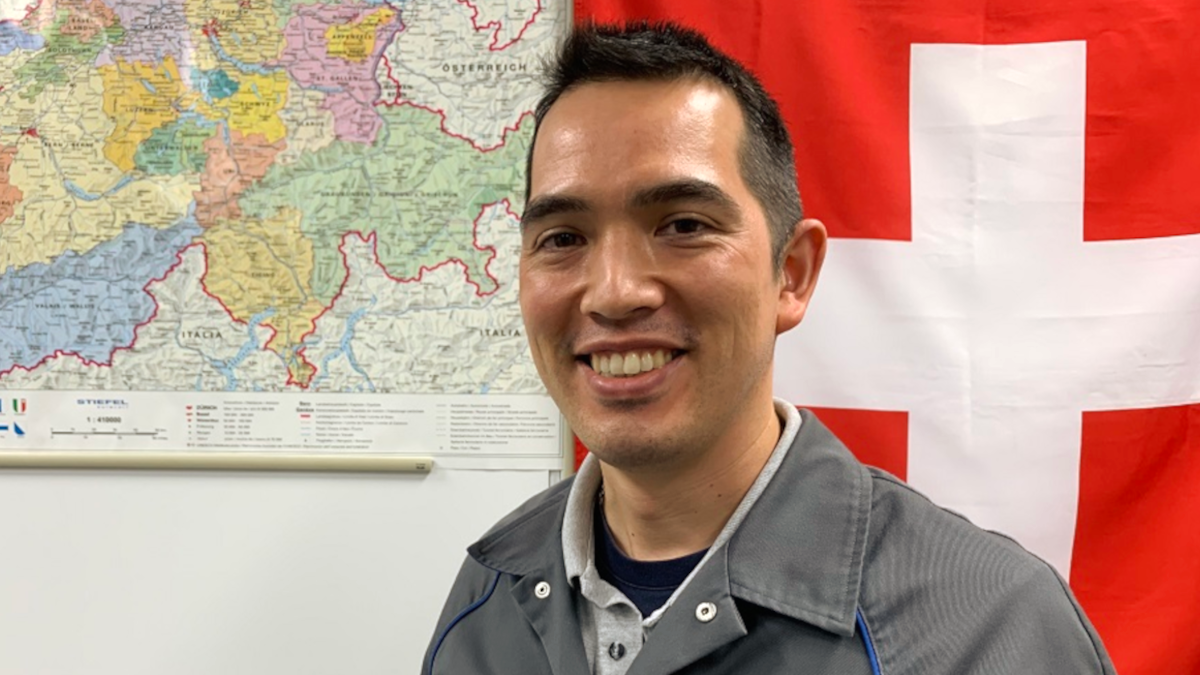 “It was a bit of a pain, I found it really annoying,” recalls Peter. During an apprenticeship at a small company that made software for butchers – “It did things like calculate how many steaks you could get from a cow” – he decided that the best way to improve his Japanese would be to spend time studying in Japan. Following a five-year stint at another company, where he picked up more IT skills that would later stand him in good stead, he made his move.

Going back to his roots

Awarded a scholarship by the SJCC Scholarship Fund (now Swiss-Japan Scholarship Fund – powered by SCCIJ and SJCC), in 2003, aged 23, he came to Japan with a rough plan to “use my strength in German and Japanese.” “I’d learned my Japanese mostly from speaking to my mother, so it wasn’t so great and was also a bit feminine, not suitable for translating in business Japanese,” explains Peter.

Growing up in a multicultural family had given him an additional linguistic advantage as his parents spoke to each other in English during his early childhood. This was further bolstered by a homestay in Torquay, southwest England while at school. There the young children of his homestay family teased him for “talking funny,” spurring Peter to study English harder.

His English fluency proved to be a big plus when the local boss of the Swiss firm in Japan he applied for a job at turned out to be a Brit who worried that much of the workplace communication was going over his head. The company was Reishauer, a manufacturer of machines that make gears and has a history that dates back to 1788. Reishauer KK was established in 1995 and currently supplies nearly all of the major Japanese automakers, as well as numerous other manufacturers, including the robotics and aerospace industries.

Peter was offered a one-year internship and began working at their office in Shin-Yokohama while studying Japanese in the evenings at a nearby language school.

If at first you don’t succeed

“I came in August and my teacher told me to take the top level of the Japanese Language Proficiency Test that December because my speaking was good. But my vocabulary wasn’t good enough and I failed,” explains Peter, who would later pass and go on to take an advanced business Japanese course at the same school. Now he’s often mistaken for a native Japanese speaker on the phone, “until I tell them my name.”

As his internship came to an end, Reishauer had enjoyed a bumper year of sales and offered him a permanent position, allowing him to also continue his language studies. After working on the IT hardware at the company, his next project was an attempt to transition Reishauer to a paperless office, an idea a little ahead of its time in early 2000s Japan.

“Although we managed to digitalise many of our internal processes, it’s impossible to do so fully if all your suppliers and customers are still using paper for everything,” says Peter.

He was also given the task of improving the poor Japanese translations of the operating software for the gear grinding machines. “I don’t consider myself native – I grew up in Switzerland – but even I could tell the Japanese was awful. So we had that fixed,” explains Peter.

Peter was also responsible for the logistics of sending broken parts back to Switzerland for repair. He found himself having to bridge the gap in expectations between the Japanese customers and Swiss engineers. Having fixed the parts, the Swiss considered their work done, but the Japanese side would ask for extensive reports about what had gone wrong, why and what could be done to prevent reoccurrences. So detailed was the information requested that the engineers sometimes became suspicious that the customers actually wanted to build a copy of the machine.

Part of the problem was that all interactions had been done in English, the native language of neither side. “So much was lost in translation that I was astounded they’d managed to do it until then.”

Peter was appointed representative director of Reishauer KK in 2014 and has now been with the company for more than 17 years. Asked about what he’s learned from working in the Japanese business world for so long, he says “patience,” with a laugh. He tells of his bewilderment at sales engineers paying regular courtesy visits to customers who haven’t bought anything in many years. “Then out of the blue, after 10 years, they order something.”

And despite his bicultural advantages, Peter says he still struggles with the intricacies of the diplomacy required in dealing with Japanese customers, “I sometimes answer too straight, so I make sure to go through our salespeople if it’s a sensitive matter.”

Like nearly every business, Reishauer is now grappling with the challenges of the pandemic, with its staff mostly working remotely. However, having implemented work style reforms that the Japanese government has been pushing, the company already had a system in place for employees to log their working hours.

“The biggest problem is getting the engineers to tell us in advance when they’re going to work weekends; we have to compensate them now,” says Peter. “And I have to tell people to take their days off; they tell me they can’t do it. It’s a very Japanese problem.”