From intern to co-founder and managing director is quite the step in career progression, particularly in a foreign country. Yet this was the leap that Luca Orduña took after completing an internship through the Swiss-Japan Scholarship Fund (powered by SCCIJ and SJCC). 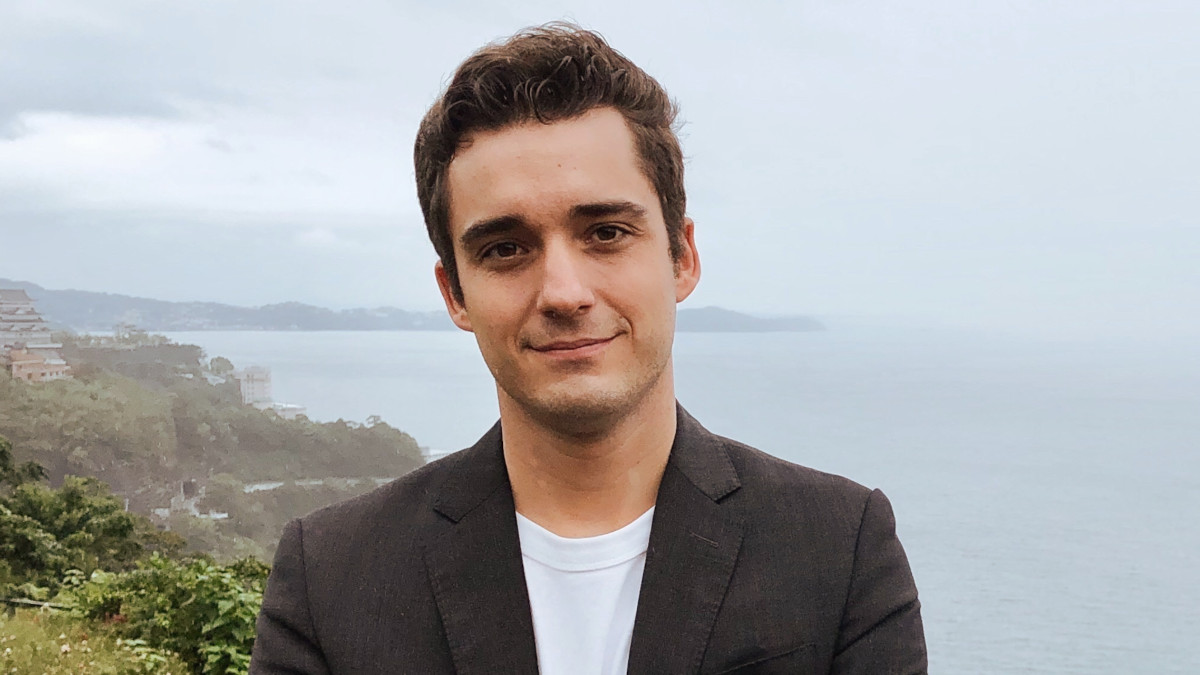 While studying for a business administration degree at the University of St. Gallen, Orduña’s interest in Japan was piqued, “I took a cultural competency course at university and chose Japan, and that was really just by chance.” The Swiss professor in charge of the Japan cultural competency course also taught the language at his own school (where Orduña took classes), was something of a renowned expert on the country and introduced him to the scholarship programme.

“At business school you hear a lot about Singapore, Hong Kong and Shanghai. Japan felt a little more off the beaten track,” says Orduña. Orduña’s father has his own travel agency specialising in business trips, and has numerous watch company clients. Through this he met a number of industry people who regularly travelled to Asia, including a David Vallata, who would become pivotal in his career.

In 2012, aged 21, Orduña arrived in Japan and took a language course at a school in Kichijoji. This was followed by a year-long internship at a small Swiss watch distributor Masuda Infinity Japan, which Vallata helped arrange. This proved to be a steep learning curve for Orduña, during which he honed his Japanese and sales skills, garnered knowledge about how the industry worked here and the finer points of local business etiquette.

One of the two men at the company, who Orduña spent most of his time working alongside, took on a role as a mentor of sorts and continues to offer him advice and support to this day. “Ishizuka-san became like my Japanese dad,” recalls Orduña.

As the internship drew to a close, he found himself in something of a quandary as to his next move. “I felt like after one and a half years here, I didn’t really see a career for myself in Japan, which was a little sad. If I went into a Swiss company here, I thought it would take a long time to get to a certain level. And going into a Japanese company was not really an option at that stage.”

A new beginning and teething troubles

Then Vallata came to him with the idea of launching SwissPrimeBrands to distribute high-end watches in Taiwan, Hong Kong and Japan, with Orduña running the Japanese end of the operations. The combination of trust he had in Vallata as a business partner and the faith the industry veteran had in him, with the lack of family or other commitments, convinced Orduña it was worth taking the risk of starting a new venture from scratch in Japan.

The first year was far from a roaring success. The two new independent watch brands they had elected to represent couldn’t deliver, meaning “turnover was basically zero.” Discussing the company’s prospects with his business partner while on the shinkansen to Nagoya, they pretty much concluded that they would have to throw in the towel. “Then when we got off the train, we somehow decided we should continue. It’s hard to explain really, but we had been on the train, and everything is so super proper, so clean and everything runs on time. Japan is so beautiful, it seemed too sad to pack it in.” 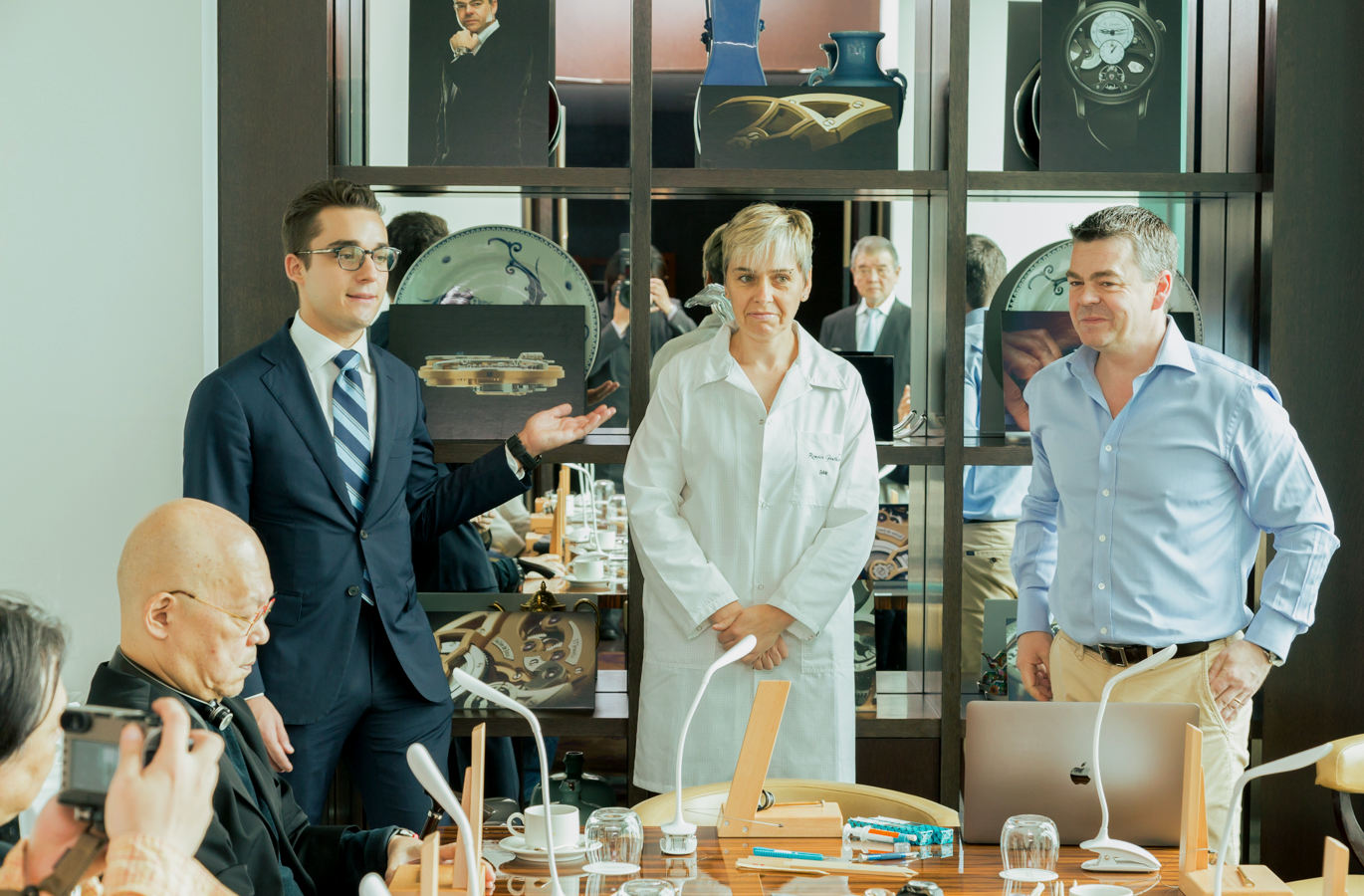 After electing to persevere, they began representing two luxury mechanical watch brands, Favre-Leuba and Romain Gauthier, along with QLOCKTWO, a German maker of stylish watches and clocks that display the time in words. SwissPrimeBrands has since gone from strength to strength, expanding from four staff in 2018 to 14 today, and even finding new business chances as the coronavirus struck.

“The pandemic opened the door for us to represent new brands. It was a shock for most places and some people thought they had to stop investing for the moment. In one of the major department stores, a space opened up which might have not become available under normal circumstances.”

Orduña proposed an independent watch corner “with just three really, really high-end brands which only produce about 60 watches a year” as an exclusive point of sale in Japan. The result was a SwissPrimeBrands corner offering Romain Gauthier, Voutilainen and Haldimann at Takashimaya Nihonbashi Watch Maison. And from 2021, SwissPrimeBrands also became official distributor of luxury watch manufacturer Carl. F. Bucherer.

Lost in translation, on occasion

The expansion of the company has brought Orduña new challenges in terms of the intricacies of language and business relations, areas in which he felt he had achieved some level of mastery. “I feel very confident going to a point of sale and explain about our brands and I’m very comfortable selling our expensive watches even to an end user. But then I have a staff interview and I completely fail, even to the point where the person I’m talking to thinks I don’t want them to stay in the company, when I do.”

He has also realised that his staff are now reluctant to approach him directly because they see him as “shacho” (president/owner) and are concerned any discussions will result in “a final decision,” and so sound out other employees before doing so. “I still cannot even now comprehend the levels of this language, the facets. As a European, it is unimaginable how predominant a language can be and how all interactions are so influenced by it.”