When people find out where he hails from, a common reaction is “Oh, I see,” says Pascal Lottaz of being a Swiss national who has dedicated his career to the study of neutrality. 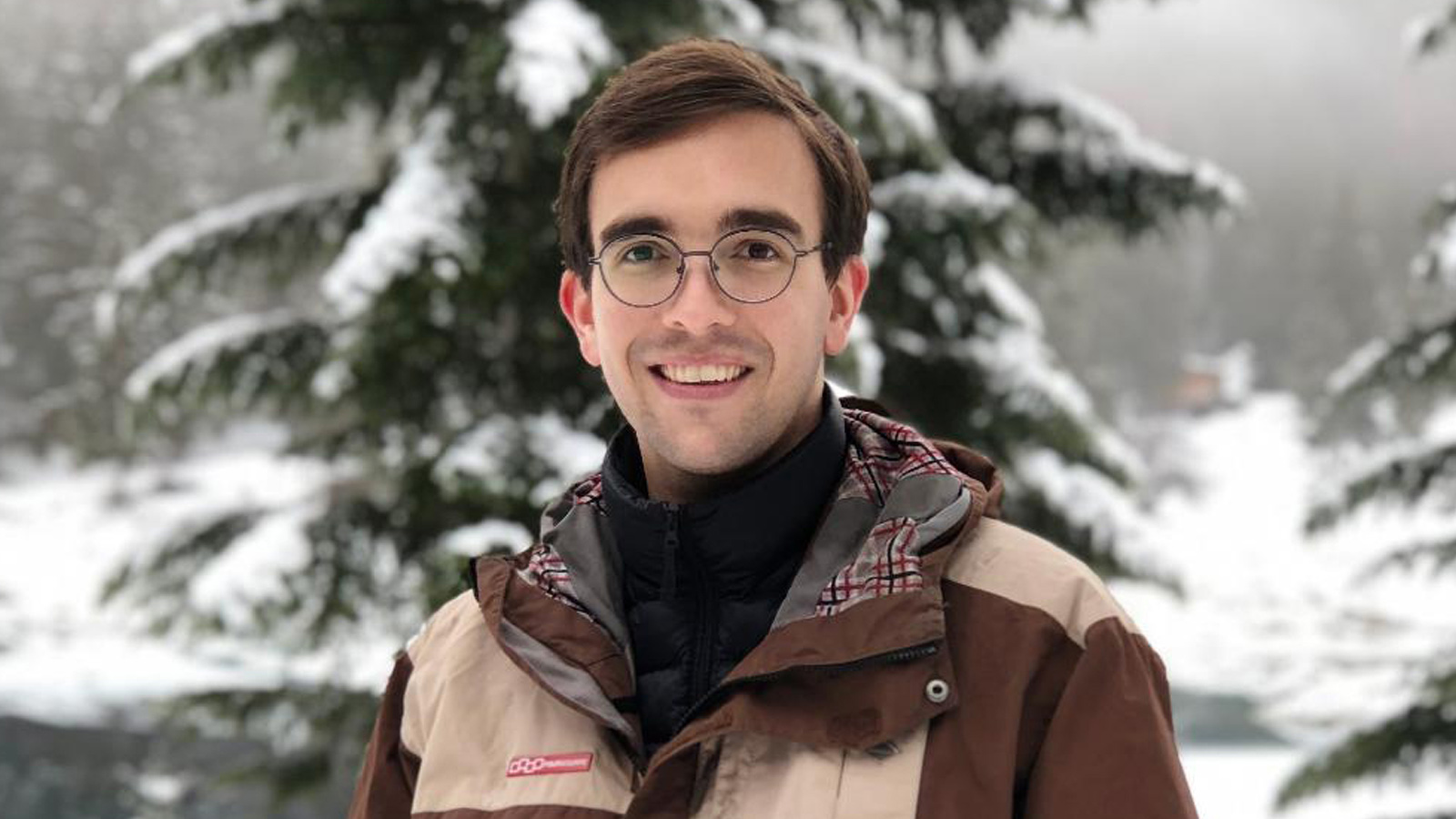 Currently an assistant professor at the Waseda Institute for Advanced Studies and an adjunct professor in European politics at Temple University Japan, a “comprehensive textbook on neutrality and international relations” is Lottaz’s mid-term goal. He has already co-edited and written chapters for Notions of Neutralities (2019) and Permanent Neutrality: A Model for Peace, Security, and Justice (2020), and is working on other books about a subject he describes as “completely misunderstood.”

Lottaz says his first exposure to Japanese culture came via anime, manga and games, but that, “It didn’t dawn on me that this stuff came from Japan until I was about 15 or 16.” His next exposure would be far more direct, coming in the form of a high school exchange programme. Not interested in going to a European nation or the United States, Lottaz also had reservations about the challenges of a developing country.

“Then I thought: why not Japan? It looked like this weird place that seemed extremely modern,” recalls Lottaz. “In the end, I found it’s just the most eastern part of the West; that’s how I see it today,” says Lottaz, pointing to commonalities such as parliament democracy, a free press and independent universities, despite some cultural disparities.

A First Taste of Japan

Dropped as an 18-year-old into a high school in rural Wakayama, where his host family were rice farmers, Lottaz says he “had no success at academics…but that wasn’t the point, which was cultural exchange and language acquisition.” The experience actually provided a double linguistic boost. In addition to becoming confident in conversational Japanese, finding English on occasion an invaluable communication tool ramped up his interest in the global lingua franca.

Returning to his hometown’s University of Fribourg to study philosophy and history, Lottaz already had his heart set on a return to Japan – with which he had fallen in love – and secured an internship at Minato ward office in Tokyo. The internship gave Lottaz insights into the bureaucratic workings of local government and brought him into contact with one of the pockets of low-tech Japan that surprise many outsiders, in this case the use of floppy disks in 2010. Whilst acknowledging that the bureaucracy and “low-tech mentality” isn’t ubiquitous, Lottaz says “even after all these years I still don’t completely understand how it can build places like Shinjuku and Roppongi.”

Returning home after the internship, Lottaz, perhaps predictably, elected to do civilian service instead of military. This let him earn some money to help pay for the master’s in public policy he took at National Graduate Institute for Policy Studies (GRIPS) in Roppongi in 2012. 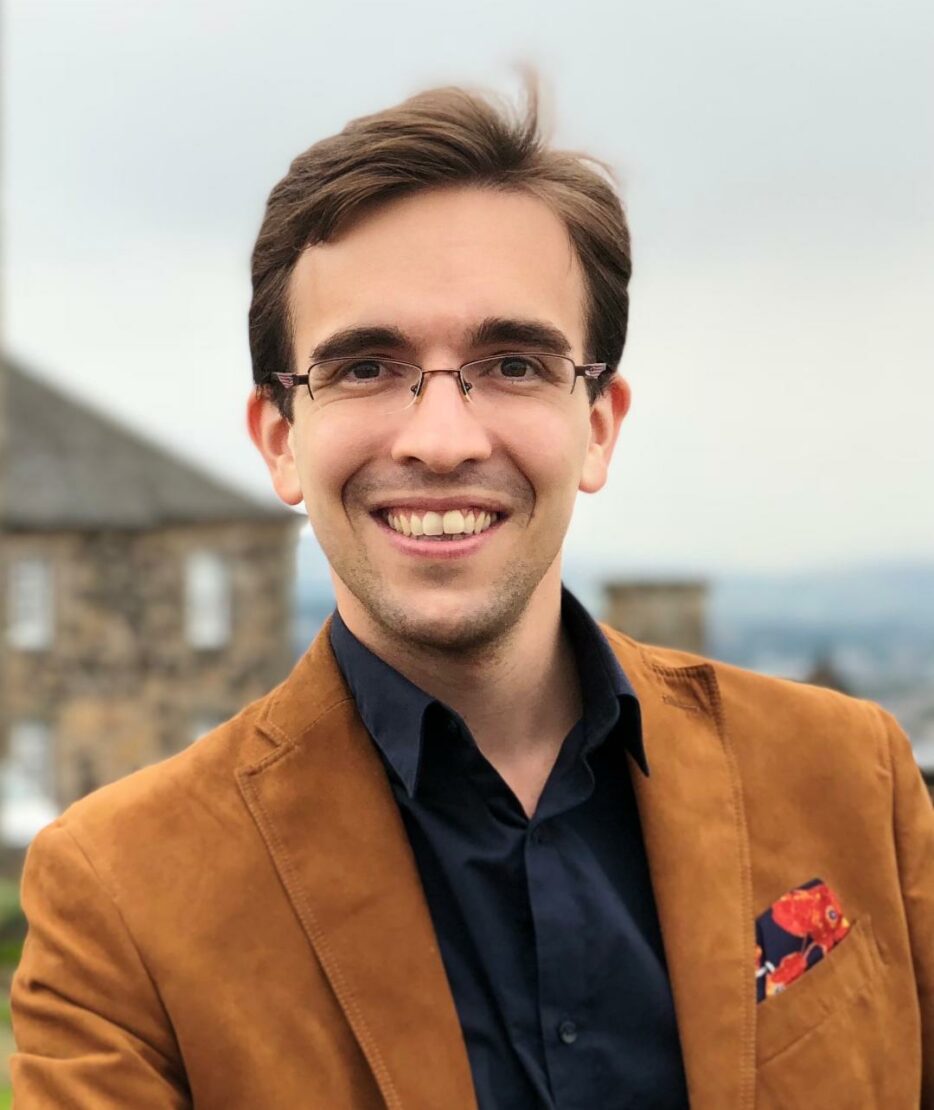 Upon graduation, and back in Switzerland again, Lottaz spent two years working for timeSensor, a start-up that specialises in enterprise resource planning software for legal firms, while deciding whether to return to academia. He did indeed come back to both academia and Japan, completing a PhD in international relations at GRIPS in 2018. Determined not to “repeat my past mistakes,” Lottaz says, “this time I just stayed in Japan and found a job.”

A deep affection for his adopted home is evident as Lottaz waxes lyrical about the “diversity of the different Japan’s from the beautiful countryside of Okinawa and Wakayama” to the “24-hour mentality of Tokyo,” as well as the “quality of life” and “almost ridiculous safety.” On the other hand, Lottaz confesses he still sometimes struggles with the rigid adherence to rules, the complexity of interactions conducted through the prism of honne-tatemae (private-public face) and strict senpai-kohai (senior-junior) relationships.

Pointing in the Wrong Direction

And as a historian, Lottaz has concerns that the lessons of mistakes from Japan’s past could be forgotten. He points to how the openness and internationalism of the 1920s “went south quickly” to become the xenophobia and fear of the 1930s. A lack of civic engagement among much of the population today means that early warning signs of a drift towards such thinking could potentially be missed, suggests Lottaz. “Japan is a society that works well and in many ways has mechanistic traits which mean it goes forward,” but Lottaz cautions of the danger of “it being pointed in the wrong direction, because it’s still going to go forward.”

Of the common misconceptions about his chosen field, Lottaz explains: “Today the idea is that neutrality is for small states and it is pacifist; it is neither. In the past, many large countries were neutral at times, including the United States for around a century and a half.” As the era of the U.S. as sole superpower looks to be reaching its end and China, Russia and even the EU emerge as potentially competing entities, Lottaz believes neutrality deserves and requires reconsideration. “It would not be a bad idea, in a world that is becoming multi-polar, to create neutral buffer zones to keep the big beasts from each other,” he says.