Though it seems that he was always somehow destined to make his home in Japan, Thomas Doebeli is not quite sure himself what sparked his initial interest in the country. 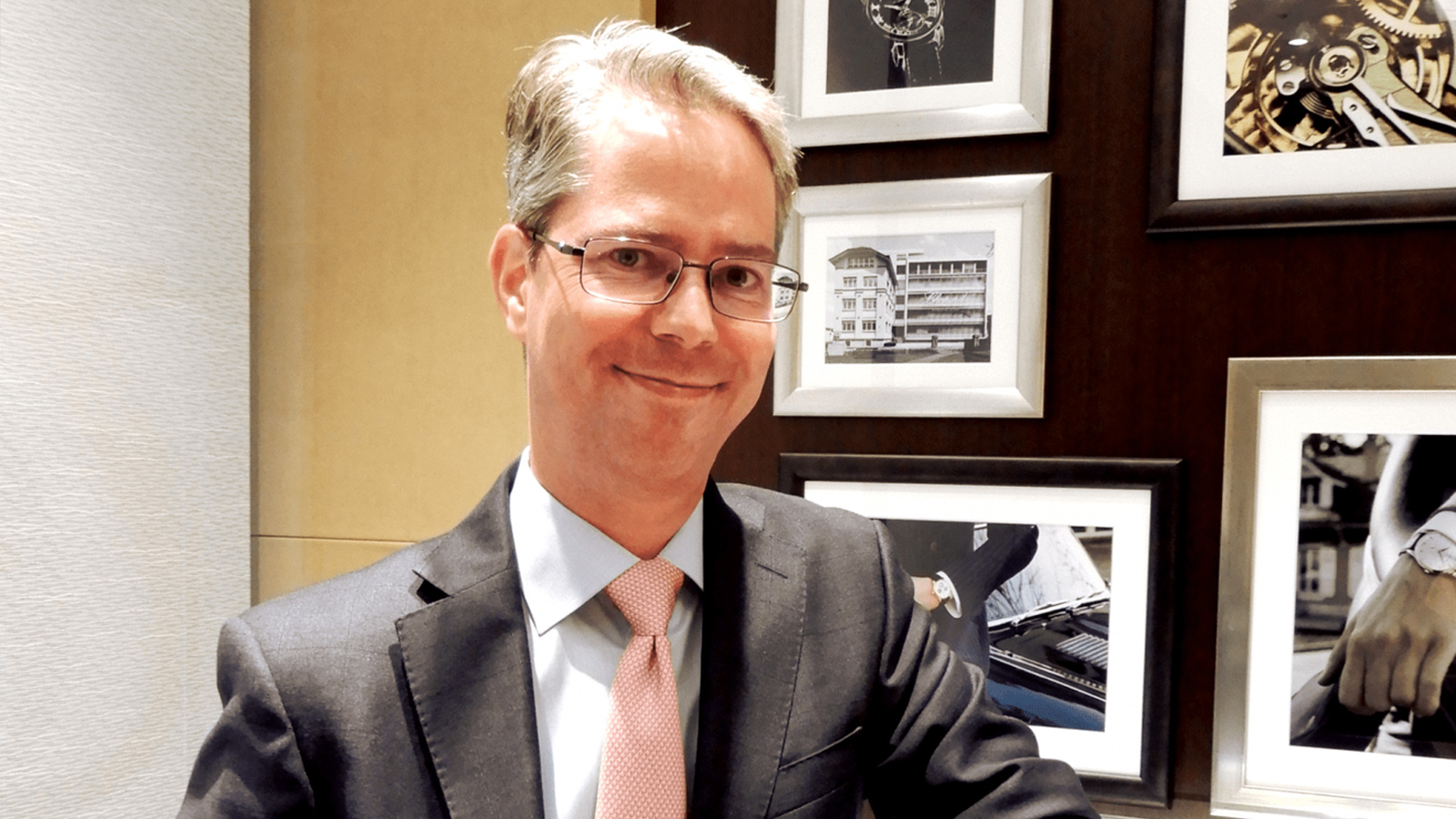 “Ever since I was a little boy I had a lot of interest in Japan, even my parents didn’t know why. The only logical explanation is that the father of my best friend in kindergarten did business in Asia and he used to bring back things and stories from his trips. That may have put the idea in my head that there was a big world out there,” says Doebeli, who now runs the Japan operations of watchmaker and luxury goods specialist Chopard. Stories in the media of Japan’s economic success piqued his interest further, and aged 19 he took a job on a construction site to pay for a trip to the country, spending a month at a language school and another traveling around.

During his courses in Japanese studies and economics at university in his native Zurich, Doebeli found another opportunity to go east, this time as an intern for a couple of months with pearl trader Golay in Kobe. Upon graduation he joined Sika, working in Switzerland for a short time, before being transferred to Japan during the 2002 football world cup. During his time at the chemical company’s plant in Hiratsuka, Kanagawa he met his wife and would later make his home nearby.

Four years later, he was offered the post of country manager at Golay and moved to Kansai with the company, making a full-time move into the luxury sector. This was followed at the beginning of 2008 by becoming the manager of the distribution of a number of high-end watch brands at DKSH. “It’s not luxury itself which interests me; I’m not really a brand person. My father was an architect and I grew up around design and art. I like beautiful things. With jewellery and watches, it is the combination of art and the craftsmanship that goes into them,” explains Doebeli.

In 2009, Doebeli joined Bulgari, working as senior retail manager for five years, before moving to Chopard. “One thing that differentiates luxury in Japan from in Europe is that it is more for the masses, people on average salaries, here. To go to a Bulgari or Chopard shop is nothing special in Japan, but in Switzerland it means you’re really rich. This has an effect on marketing and the product mix in Japan,” notes Doebeli. However, Japan’s demographics and the shifting values of millennials are likely to push the sector in the country upscale in the future, according to Doebeli. Meanwhile, the rise in the number of Chinese customers has not impacted Chopard in Japan as much as it has some brands, for which big-spending tourists from the mainland can account for a substantial proportion of sales. “For our business, it’s a cherry on top, but it’s a delicious cherry,” says Doebeli. 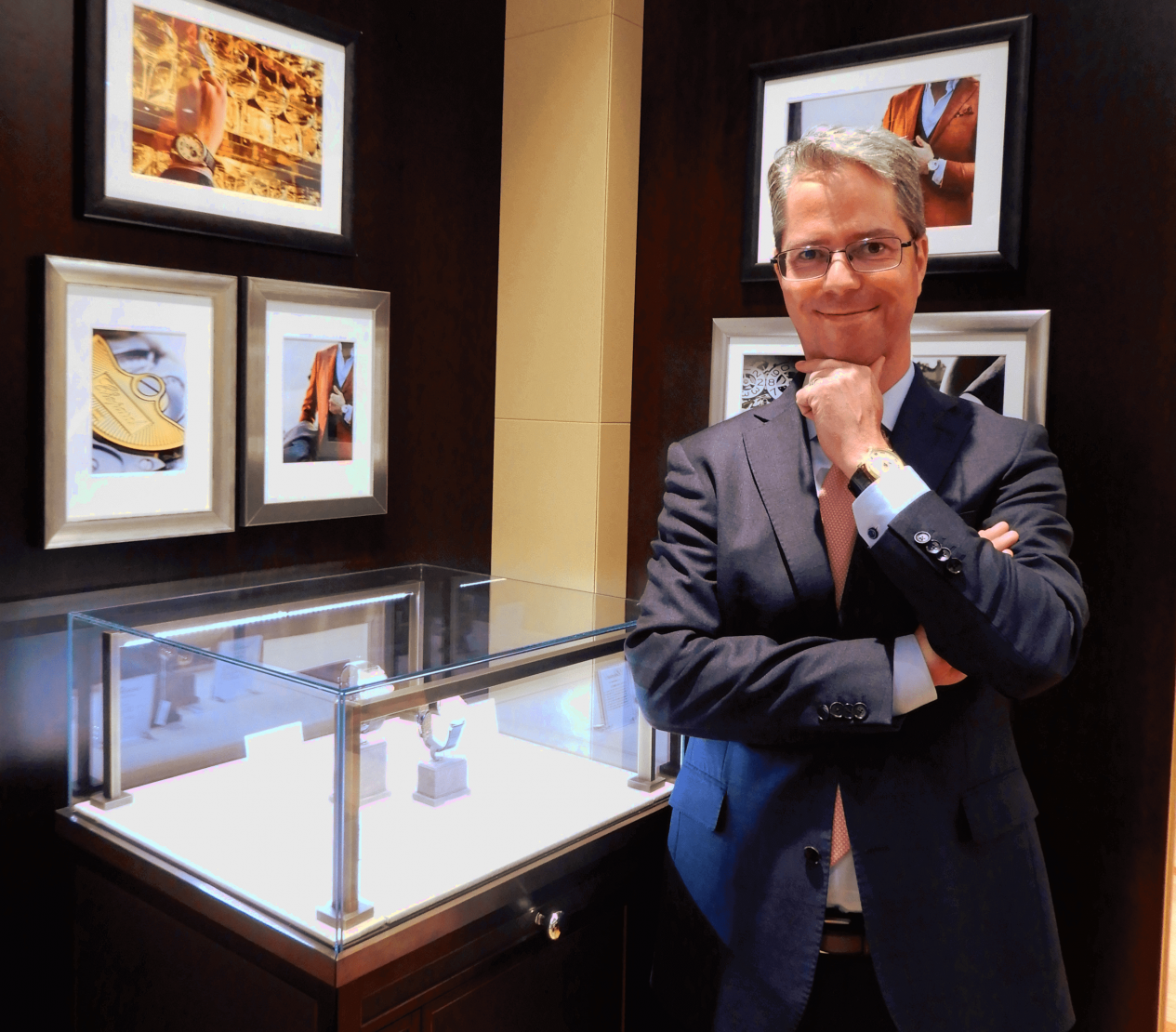 Having grown up around diversity, where “at high school, more than half of my classmates had one or both parents from another country,” Doebeli welcomes the steady internalisation of Japan. Still, Chopard Japan’s workforce is 95% local and Doebeli says he learns a lot working with Japanese colleagues every day, but is aware that “even after 18 years I’ll always be a foreigner.” The most challenging time was at the three-to-four year mark, he recalls. “At the beginning, you’re seen a foreigner and you get forgiven for a lot. Then once you can speak [Japanese] to a certain level, you’re expected to understand everything, which you cannot,” he says. But blending his own approach with more cautious Japanese colleagues can help achieve a happy medium, thinks Doebeli. “The Japanese way of doing business is to think of the potential risks first, not the opportunities,” suggests Doebeli, “Though it is helpful when I try to run too fast, they see the risk.”

Doebeli has also settled into life in Japan beyond work and enjoys traveling around “to new places” with his family, “there are so many beautiful places out there in the countryside.” “Last year, for the first time, we took a camping car and drove around Tohoku,” says Doebeli, who was impressed by its vastness. “If you drive for a couple of hours in Switzerland, you hit the border.” He is also a big fan of Japan’s culinary delights, describing it as a “food paradise” and is excited to still be discovering new dishes after 18 years. And with his children attending Japanese school, Doebeli has no intention of returning to Switzerland: “I’ve built my career and my network here. For the first few years, I liked to go abroad so that I could breathe, even though I wanted to come back to Japan. I no longer have that feeling of needing to breathe, though I still enjoy going overseas,” he adds.