As an American football-loving Frenchman running the Japanese operations of a German company that is a member of the Swiss Chamber, speaking in fluent English, Arnaud Caille describes himself, with a certain sense of understatement, as “a bit of a chameleon.” 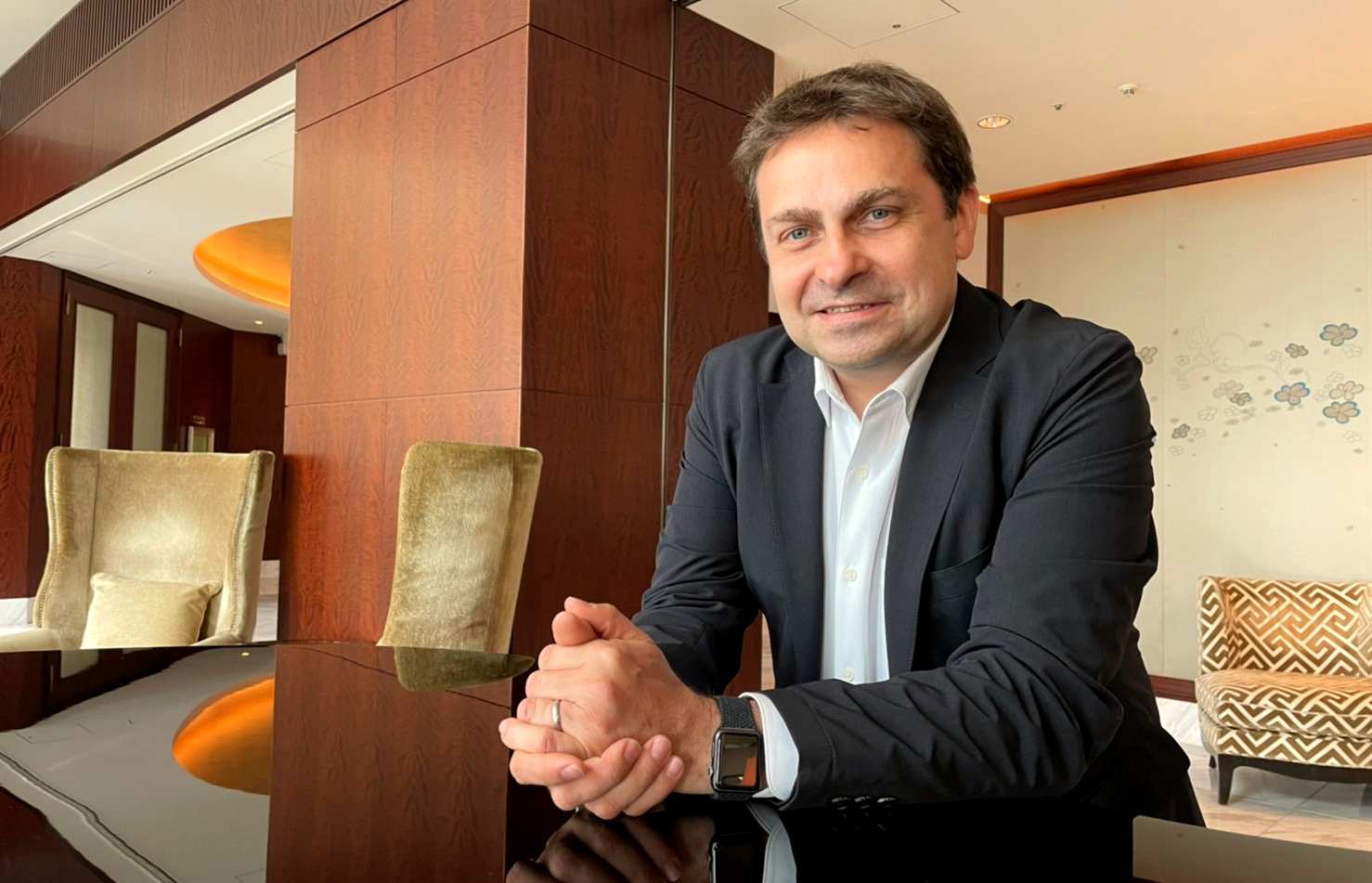 “It’s something I’ve developed over time,” he adds.

Growing up in Chambery in the French Alps, “about 80 kilometres from Geneva,” Caille’s first exposure to anything Japanese was through watching classic samurai films such as Kurosawa’s seminal Seven Samurai and Rashomon with his father and two brothers.

At the Emlyon Business School in Lyon, he would choose Japanese to go with his marketing studies, partly out of interest in the country and partly because he had no desire to study any more German after having learned the language for years during his schooling.

“Somehow I regret it now as my company is German,” he declares with a laugh.

The Japanese language portion of his studies was pretty demanding, featuring a writing test on 28 new kanji characters every week, though this would later stand him in good stead. The course also included an internship in Japan, on which Caille was sent to a Fuji Robotics in Yamaguchi for two months in his first year, and then five months in his second.

With a homestay at the CEO’s house, Caille experienced total immersion in the Japanese language and culture, including the food, which he took an immediate liking to.

“I was taken out nearly every night by my co-workers, and I was eating and drinking so much. Then the CEO’s wife would prepare a full meal for breakfast with absolutely everything. Even though I don’t usually eat much in the morning, out of politeness I finished everything on the first morning, so then I had to finish everything every morning,” he recalls.

Along with good memories of his time as a 20-year-old in Japan and valuable workplace experiences, Caille says he also brought back quite a few extra kilos with him to France.

On completion of business school, with national service still compulsory, he took the non-military option of working for a French company overseas, landing a position at software firm Chorus Systems in Tokyo in 1996. The firm was taken over by Sun Microsystems soon after and he found himself in Silicon Valley.

“Living in Silicon Valley is actually quite boring if you’re single, nothing really happens. When you have a family, it’s perfect. So I moved to San Francisco and shared with two friends because this was during the dot-com boom and the rent was already sky-high.”

It also took Caille nearer to his beloved San Francisco 49ers, which he has followed since his childhood, when he was so captured by American football that he designed and made a board game based on the sport while still at school.

Sun Microsystems was selling servers to companies and riding the tech boom, but after the dot-com bubble burst in 2001, the company laid people off for the first time in its history. “I was part of those layoffs.”

Caille then joined Fuji Robotics, the firm he had interned with, and was its business development manager covering France and southern Europe out of Paris for five years. Following that, an engineer from JVC he had worked with previously launched a start-up developing mobile web browsers in Tokyo and asked Caille to join, which he did in 2008. The new venture merged with two others, eventually trying and failing to go public; Caille looks back on those four and half years as probably the toughest of his career.

Returning to familiar territory, he re-joined Fuji Robotics as their marketing and business development manager, with a focus on North America. “That company is known for former employees going back. It’s an interesting company, though in some ways a typically-run mid-size Japanese firm.”

After a five-year stint split between Dusseldorf and Yamaguchi, he joined MOSCA, a German specialist in machines for strapping, sealing and securing goods for transport, in late 2018. After eight months training at headquarters, Caille came to launch the new Japanese division in June 2019.

“It’s been a convoluted career path. I’ve worked my way in and out of software and factory automation. And now I’m back in automation, this time in packaging.”

The pandemic inevitably impacted establishing new operations. “It’s been a challenge not being able to have face-to-face meetings with distributors and customers, particularly in Japan, which is a relationship-based business culture.”

Caille says he doesn’t see himself working back in France and wants to “settle” in Japan with the company. However, his Japanese wife (who previously worked overseas with aid agency JICA) would conversely be happy to move to Europe.

His love for Japanese cuisine remains undiminished, “Without the food, I would not be here, that’s for sure.” As does his passion for American football, which he watches whenever he can find time: “I still love the game, though I’m still learning the intricacies, the strategy and tactics.”