Spending the first 24 years of his life in Kansai, Hirofumi Miyaji says that he, “Saw Osaka as if it was the centre of the world, but I thought I should change that typical Kansai mentality.” 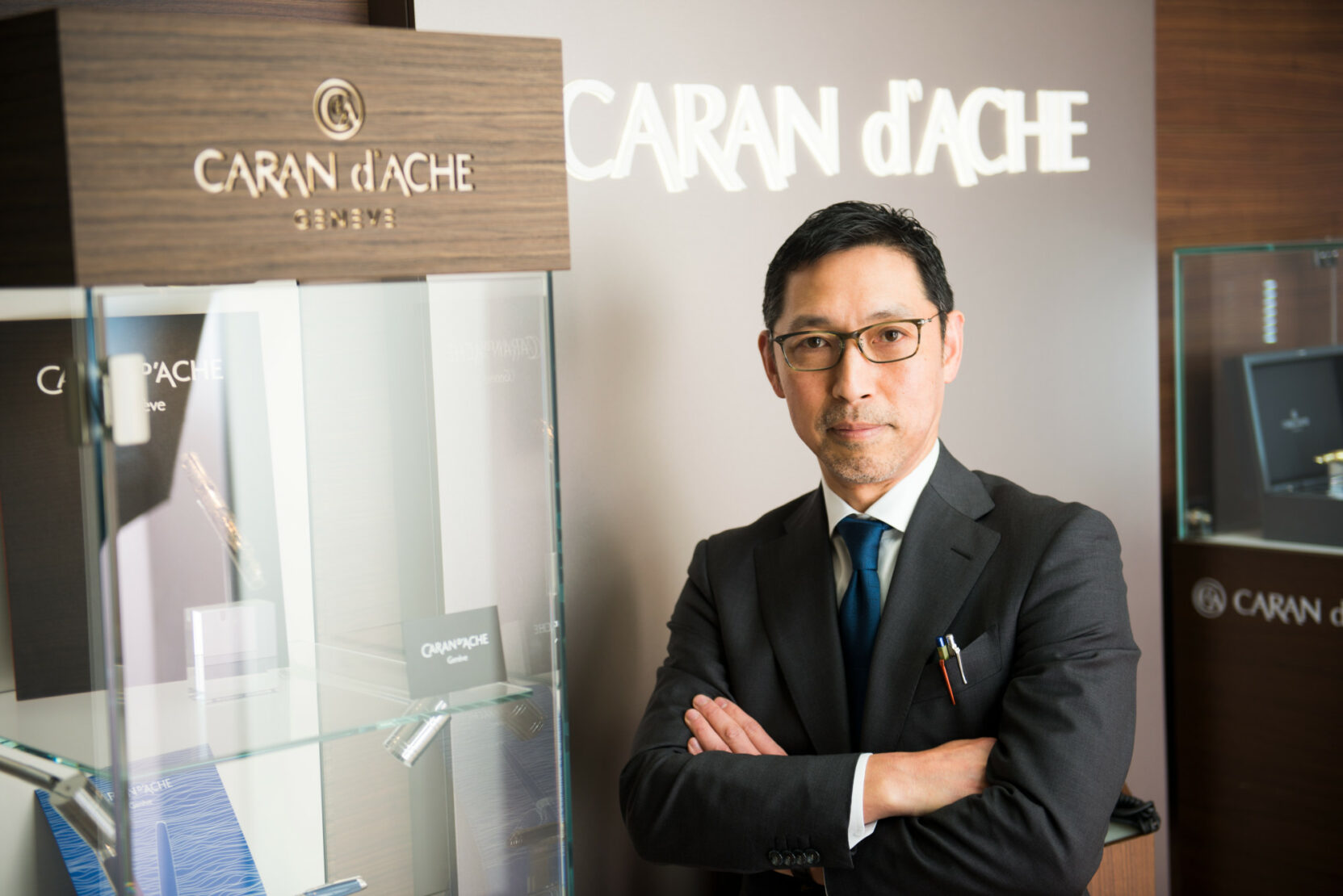 He confesses being “not a good student at Doshisha University,” in Kyoto, which he commuted to from his family home in Osaka. During his third and fourth years, he would travel to the campus most often to pick up his friends and then drive to Ise Shima in Mie prefecture to go surfing. “It was a great experience in nature and I had a lot of time to think about life,” says Miyaji.

While at university Miyaji had begun working part-time on television commercial production and set his heart on going into something creative in his career. He also began to realize that there was perhaps a world beyond Kansai and decided he wanted to learn English and work with global companies.

After graduation, he travelled to Orange County, California to study English, and of course indulge his passion for surfing. While there, he began to look for a master’s program, and having begun to think that managing the creative process was the way to go, elected to apply for an MS in marketing communication at Boston University.

Despite the love he felt for his hometown, Miyaji recalls being embarrassed when he was asked questions about many aspects of his native country, “I realized I knew nothing about Japan.”

His response to this was to start training in Aikido in Boston, because he felt it was “one of the best martial arts to embody Japanese spirit.” He would later resume practicing Aikido back in Japan and train for 20 years, achieving the rank of third dan in the Tendo Ryu style, before a back problem forced him off the mats.

After graduation from Boston, he moved to Tokyo, believing he would have more opportunities to utilize his academic expertise and multi-cultural experiences. He began working for ad agency ADK in 1991, handling the accounts of blue-chip global brands.

While he thoroughly enjoyed the creative aspects of the work, Miyaji’s perspective began to shift. “As I got more experience, the more I started to think that advertising is only a part of business. So I started thinking about moving to the client side.”

In 1999, he joined Moët Hennessy Diageo (MHD, formally Jardine Wines & Spirits K.K.), working on the Hennessy brand. Learning about sales strategies and listening to feedback out in the field would stand him in good stead throughout his career.

The long hours and regular Hennessy drinking with clients, which he says “was ok when you are younger,” eventually took its toll and Miyaji was hospitalized with liver problems. Deciding a more sedate sector might be better for his health, he joined the Swatch group in 2008, his first direct connection with Switzerland.

Then, he moved to Victorinox Japan in 2010, the second Swiss company in his career. “The company was of course famous for its Swiss Army knives, but was then becoming more of a lifestyle brand, expanding the product category, with watches, travel gear and apparel. They wanted to elevate the brand status, and watches were an important part of that.”

In order to refine the brand image, Miyaji held press events at the Swiss ambassador’s residence, to which he would invite specialist watch journalists. It was through such events that Miyaji became involved with the embassy and the SCCIJ.

Though he hadn’t planned to work for another Swiss company, he was approached in 2014 about the position of president of Caran d’Ache Japan, “People probably came to think of me as a Japanese person who understands a bit about Swiss savoir-faire.”

Like many who have experienced both cultures, Miyaji has noted the similarities between the Japanese and the Swiss. “Both are small countries with very littles natural resources… so people have thought about how to live without those resources… Swiss design, rather than adding decorative things, they take things out and reduce; to seek the essence. To create true quality, you have to think about what is important, that is the process. Japanese people follow similar processes; like writing haiku, the point is to take out everything unnecessary.”

Aware of Caran d’Ache from his many visits to the Baselworld trade show, Miyaji took on the new challenge in writing instruments. His first major task was the opening of a boutique in Ginza, at which the Swiss ambassador made a speech telling of how he had written a love letter to his wife with a Caran d’Ache pen, and stating that without the company he would not be married to her.

Caran d’Ache was undergoing a global rebrand, so the Ginza store was the first to feature the new logo. In 2019, the company brought the business of its iconic colour pencils under direct control in Japan, having been handled by a local distributor for many years.

Both Victorinox and Caran d’Ache are both family owned and embody Swiss craftsmanship, though Miyaji says the latter also has a dash of French “esprit.”

Miyaji still meets up with his old surfing buddies once a year and relishes talking to those who have taken different paths in life. Though he confesses that these days they “spend less than 30 minutes in the water, and then it’s a lot of eating and drinking.”