Shying away from a challenge is something that seems to never be a serious consideration for Sara Roloff, the new director of Switzerland Tourism for Japan. She arrived in Japan in October after a pandemic-induced delay, returning to the country she spent a year in as a young child to start the next chapter in a career defined by her passion for interacting with people and an apparent relish for testing herself. 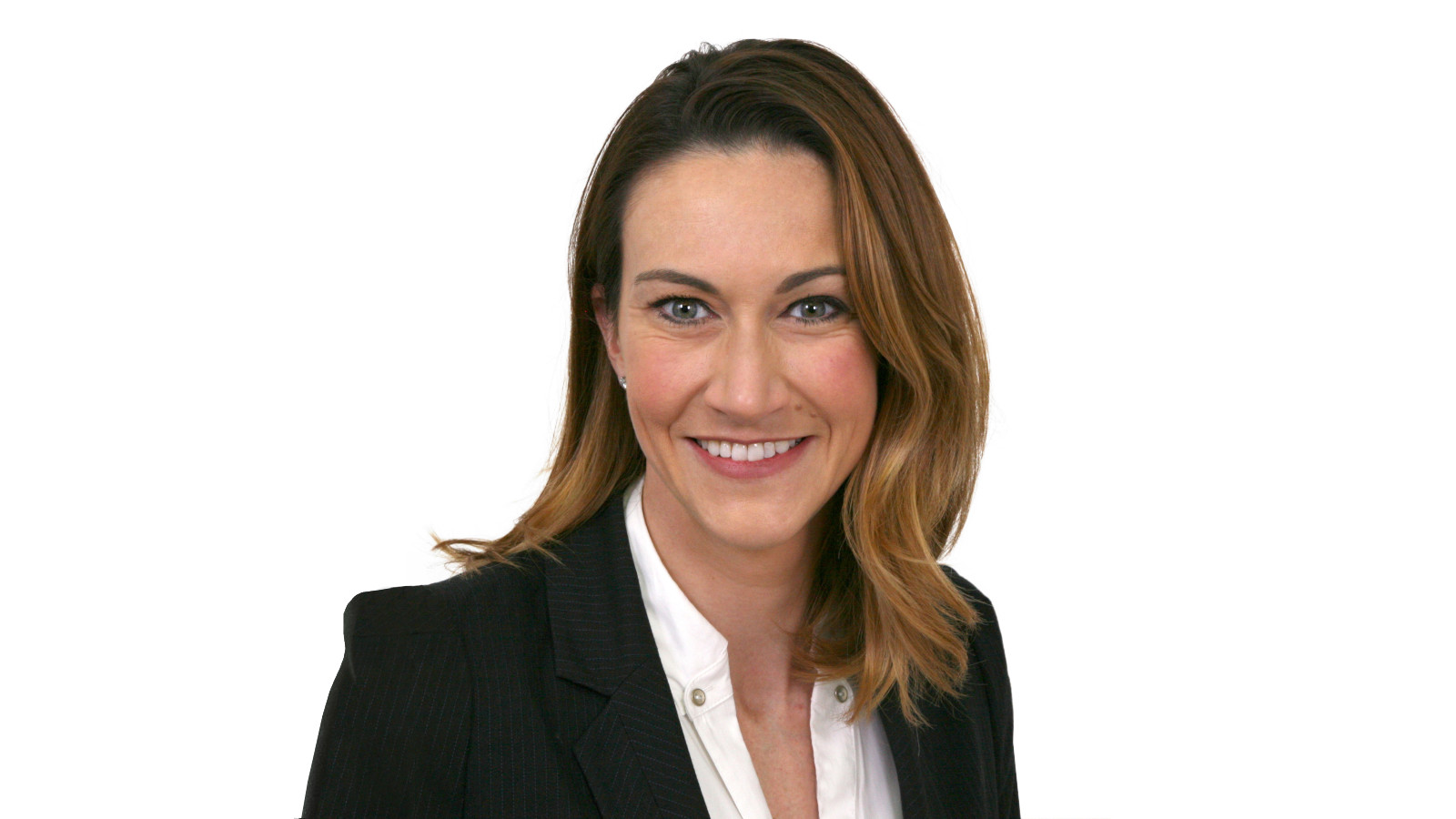 Raised near Basel by parents who had emigrated from Germany four years before she was born, Roloff began studying communication science at the University of Zurich before switching to journalism and corporate communications at ZHAW (university of applied sciences).

“I was always torn between communications and tourism. I love languages and communicating with human beings,” says Roloff, who credits a six-year stint working in a bar to fund her studies as another crucial experience in learning to connect with people.

While studying she picked up freelance work writing about equestrian events, which she had some knowledge of through being a keen horse rider, and the odd football match, which she confesses to having known little about. “I’m a very hands-on person and I wanted to use what I was learning as soon as possible,” says Roloff.

Her first job after graduation was at a small PR agency. While there, Roloff took on some major outside projects such as editing the Swiss Sports Aid Foundation magazine and teaching conflict management and crisis communication to clients including the Swiss Army working with NATO’s Partnership for Peace.

During one of the assignments with the military, Roloff faced a test of her confidence and ability to perform under pressure. While walking to a military base to train officers in how to conduct interviews with the international media, a soldier from a passing truck wolf whistled at her and called out “Hey kitty cat” in Swiss German.

Already suffering from a touch of impostor syndrome due to her relative youth and inexperience, Roloff wondered how she was going to command the respect of the soldiers after the incident.

“But I live for these moments when I’m challenged,” says Roloff, who reassured herself she was capable of doing what she had been trained to do, and noticed the look of dismay on the face of the wolf whistling soldier when the ranking officer introduced her.

She confesses to taking a certain amount of pleasure in the soldier’s discomfort during their one-on-one session as she cautioned him on the negative impact of talking down to women. 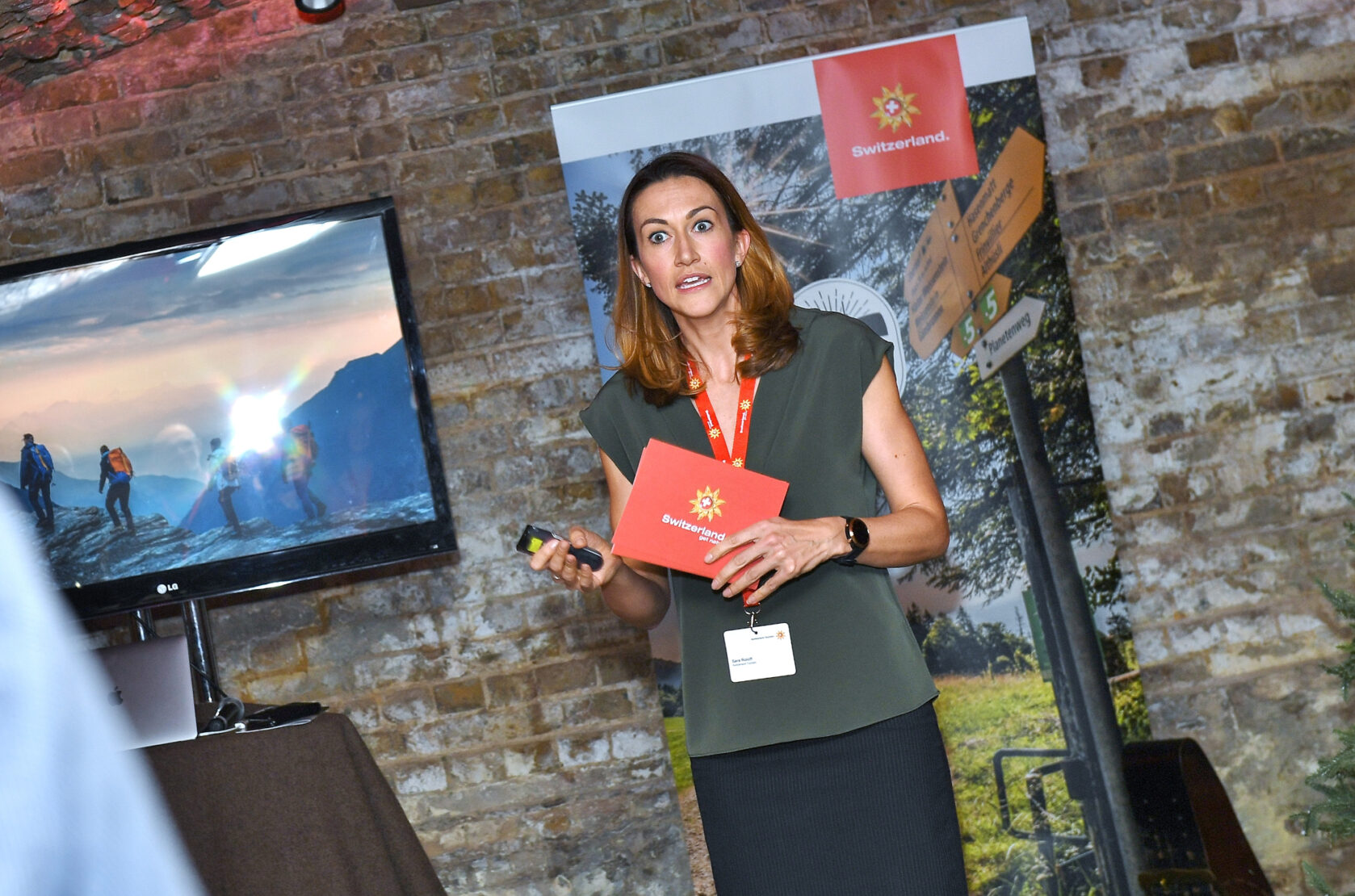 After three years of intense work at the agency and other projects, she was ready for a break and had set her heart on travelling to Argentina to study Spanish and work at a vineyard. However, as she was making her plans, a chance encounter led to her being asked to pass on the details of a job as head of PR at the Engadin St. Moritz tourist organisation to her network. Reading the job description, Roloff says she thought, “My gut says this has my name all over it.”

Argentina was put on hold and a five-year stretch in St. Moritz followed, where she was made a board member after a year and was able to contribute to building up the newly merged tourist board largely from scratch and steer much of its strategy. When that came to an end, another chance meeting saw her offered a PR position and board seat for three hotels; two of them were in Ascona and Roloff jumped at the opportunity to boost her language skills by working in the Italian-speaking region. She had just had her three-month review when fate intervened again.

The director of Switzerland Tourism in London let her know that the head of PR position was open. “I always wanted to work abroad, but it’s very difficult in communications unless you have absolute mastery of the language.”

Combined with a love of London, she found the offer irresistible, but was loath to leave a job she had recently started. Her bosses couldn’t have been more understanding and she moved to London in 2014. “London was fantastic. We had an amazing team, it was hard work but we had a lot of fun and great results. But after five years, it became a little repetitive and I began to miss the strategic aspects I had been able to work on in St. Moritz.”

Deciding she wanted to move away from pure PR, Roloff embarked on an MBA while she continued working, and, never one to do things by halves, began training for a marathon. She got the job of Japan director in January 2020 and was due to take up the post that May, but soon afterwards was hit with perhaps her toughest challenge yet.

Roloff contracted Covid-19 in March 2020 as the first wave swept through London, leaving her feverish for more than a month and with lingering post-viral fatigue. Though she has now recovered, she has suffered stress fractures in her legs, which doctors suspect may be a side-effect of the virus. 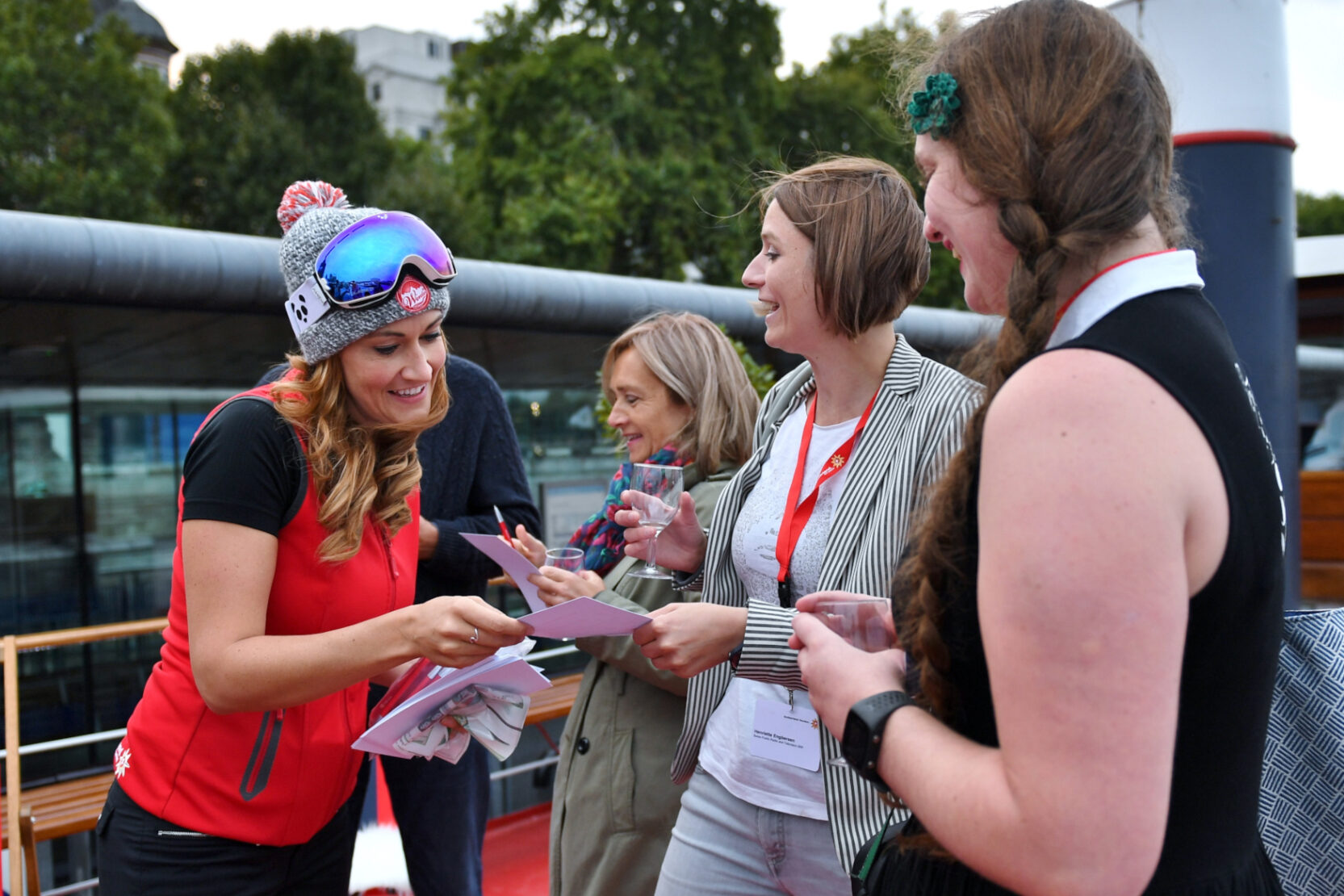 Finally arriving in Tokyo in October, Roloff says, “I had a strange sense of familiarity, walking through the streets I recognised smells I remembered from childhood and felt like I was transported back 33 years.”

Though she finds her lack of Japanese ability frustrating, “I have to ask for help, and I’m not a person who’s good at that,” Roloff is enjoying the process of learning to work in a new culture. She has joined a running club, “It’s always been my way to have headspace,” and says her new hobby is “to buy two things in my Friday night shop that I have no idea what they are and work out to cook them.”

Professionally, the task at hand is to help rebuild Japanese tourism to Switzerland as the world gradually emerges from the pandemic. And at some point, that trip to Argentina is still on the bucket list.