A native of Oberembrach a small village in Zurich, Matthias Sutter took over as general manager of the 200-room Shangri-La Hotel, Tokyo. At the high-end hotel perched high above Tokyo Station, he is responsible for nearly 300 staff in the latest chapter of an 18-year odyssey in Asian hospitality. A world away from his early years as a promising young golfer. 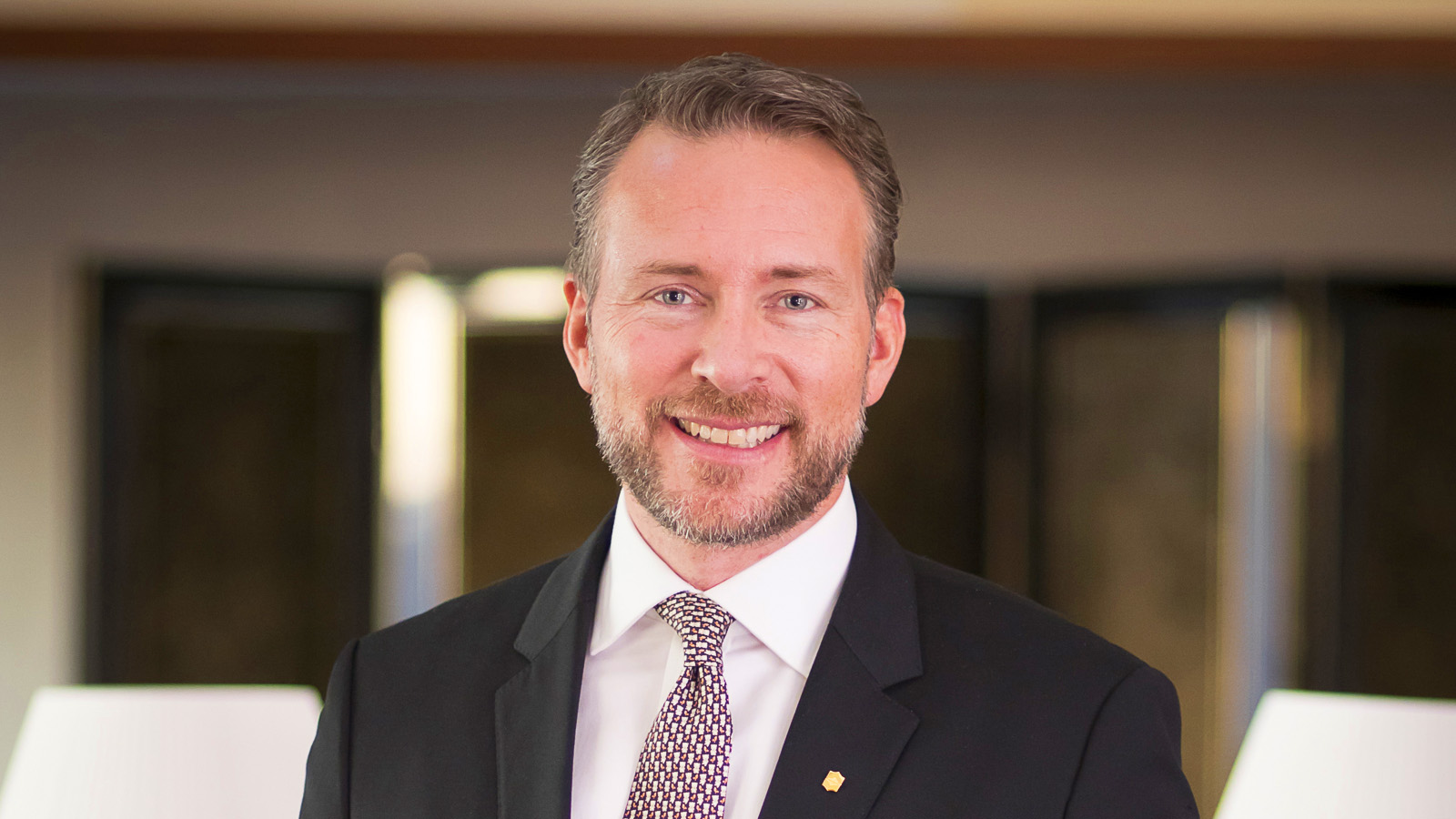 “I grew up right on a golf course and started off as a caddie.” Following in his older brother’s footsteps, at age 11, once he “was strong enough to pull a cart,” Sutter began working after school and at weekends. Earning up to $150 a week as a caddie by the time he was a teenager, he was able to buy himself a computer, a small motorbike and later a second-hand car. And while on the greens, some of the players had spotted his talent with the clubs and invited him to play. His game flourished, resulting in a call-up to the Swiss junior national team and sponsorship by an architectural company.

The sponsorship led to him studying architecture while continuing to play, though Sutter says he began to think he may not have had the hunger for the game to succeed at the elite professional level. He passed the course after taking six months off golf to focus on his studies and then worked for a year as an architect. He recalls he had already developed a taste for hospitality through organising club events, dinners and parties. He went on to take a degree in hospitality at the Hotel Management School Belvoirpark Hotelfachschule Zürich and then the “Betriebsoekonom” at the University of Zürich’s Graduate School of Business while working in the industry. At 28, Sutter moved across the Atlantic to work at the newly opening Peninsula Hotel in Chicago thanks to an introduction by his grandfather, himself an hotelier. Another slice of serendipity saw him look after a guest there, who unbeknownst to him was the president of Hyatt International. “Literally two months later I was at the Grand Hyatt in Hong Kong. I had eight great years with Hyatt in Asia, which also brought me to Japan for the first time, for the opening of the Grand Hyatt at Roppongi Hills,” recalls Sutter. 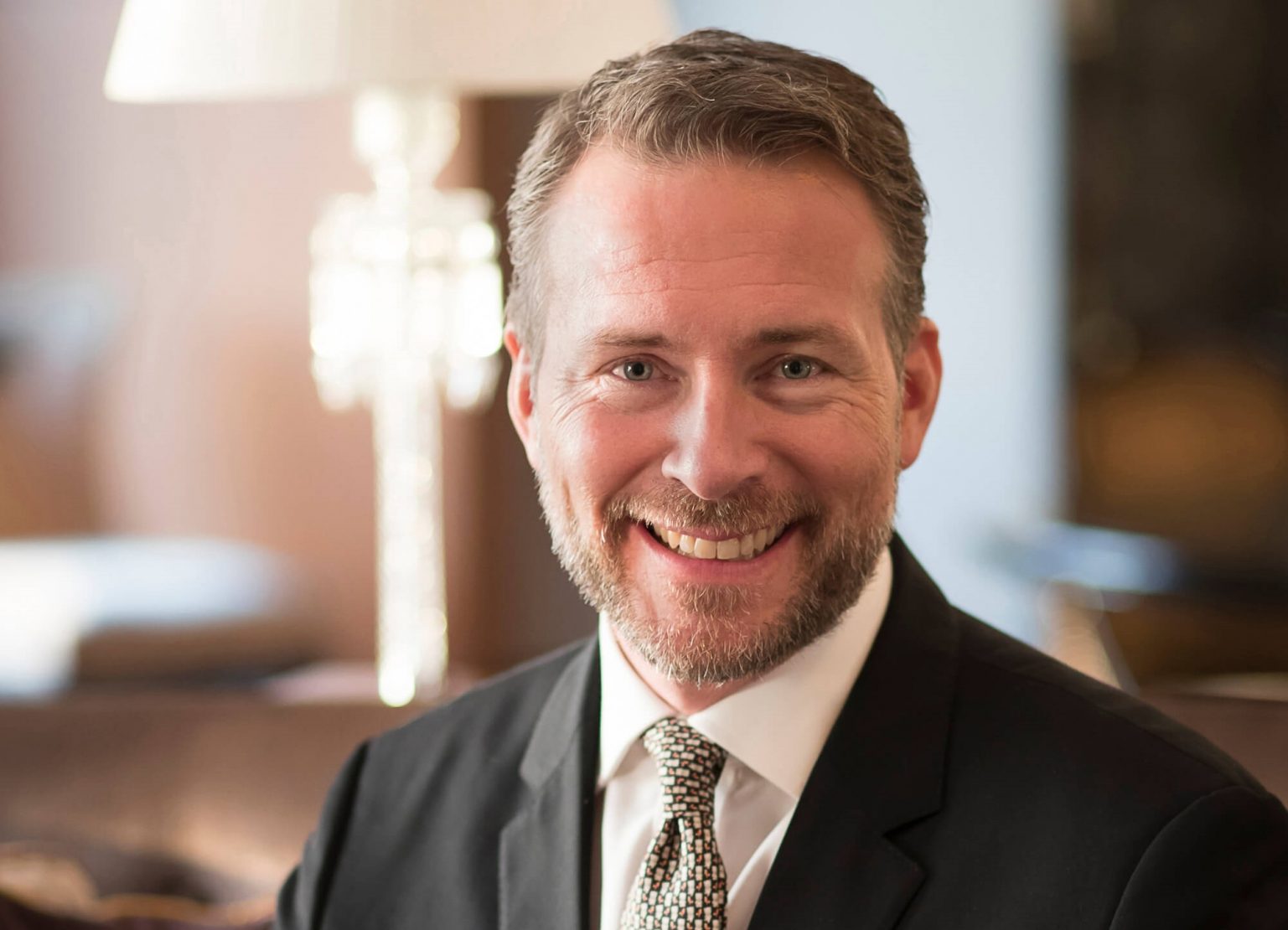 Nevertheless, Sutter says he missed “the ultra-luxury experience” and made a move to the Capella Singapore, where he found “the mentality was to provide the guests with the best experience and the profits will follow.” This was followed by eight years at Starwood and Marriott hotels (the former was acquired by the latter in 2016), which saw him manage properties in Phuket, Seoul and Hainan, China, as well as stints in Tokyo and Osaka. When the opportunity came to manage the Shangri-La in Tokyo, Sutter says it was exactly what he was looking for in terms of being part of a family-owned chain where there is “real camaraderie” among the staff and everything is not driven only by the bottom line. Sutter points to the insistence of the Shangri-La group founder and chairman Robert Kuok that no staff were laid off and bonuses still paid when the hotel business was devastated by the SARS outbreak in Hong Kong in the early 2000s as evidence of the company’s philosophy.

Sutter says he feels at home in Japan, which he feels shares many values with his home country, but often taken to the next degree. “The Swiss are not confrontational, but the Japanese are really non-confrontational; we Swiss don’t really like change, but the Japanese really don’t like change; we are not so open-minded, but the Japanese are even more so; we like things in order, but the Japanese like them super in order,” says Sutter with a laugh. The extreme attention to detail, along with the great pride taken in work, is though a major advantage in the ultra-luxury hospitality sector, according to Sutter. In terms of challenges, the tight labour market, healthy economy and tourism boom mean that among senior staff “everyone has two or three job offers on the table,” notes Sutter.

Over the years, Sutter has had his share of celebrity guests to take care of, including the cast of Charles Angels (2000), who were in Tokyo for the film’s Japan premiere. As the trio were leaving, Cameron Diaz had taken Drew Barrymore’s last cigarette, but a fastidious security guard stopped the actress taking it into the elevator. “I grabbed the cigarette and ran down three flights of stairs and was there holding it when the elevator doors opened. Cameron Diaz couldn’t believe it and they couldn’t stop laughing. The GM and staff were lined up outside to see them off and were wondering what was going on,” recalls Sutter. On another occasion he was looking after David Beckham and his wife Victoria for a week in Tokyo when the England footballer was the most recognisable sportsman on the planet. When Beckham’s bodyguard told him the then Real Madrid player had something for him, Sutter says he was expecting “a nice fat envelope,” and was more than a little disappointed to be presented with a signed football. “The thing is, if it had been a couple of thousand dollars, I would have burned through that quickly, but I still have that football on display in my house and I wouldn’t give it away for anything.”