UPDATE  Due to the state of emergency in Tokyo, this event has been moved online. Thank you very much for your understanding.

We are pleased to invite you to our first online event of the year! This webinar will be the perfect opportunity to address our esteemed Members and Friends and convey our best wishes for 2021. To open the New Year on a forward-looking note, Dr. Hiromichi Shirakawa, Managing Director, Vice Chairman and Member of Board of Directors and Chief Economist at Credit Suisse Securities (Japan) Ltd., will deliver a presentation titled “Three focuses in ‘Suganomics’: Digitalization, Banking Reform and Clean Energy”.

The Suga administration has started. Unlike “Abenomics”, “Suganomics” seems to have more focused on restructuring and innovation. Interestingly, it does not chase economic growth, but instead seeks sustainability or restoration. In this webinar, Dr. Hiromichi Shirakawa, Managing Director, Vice Chairman and Member of Board of Directors and Chief Economist at Credit Suisse Securities (Japan) Ltd., discusses the three focus areas of “Suganomics”. These three areas are actually inter-related, and understanding their common goal is key.

Dr. Hiromichi Shirakawa joined Credit Suisse Securities (Japan) Ltd. in April 2006 as Managing Director, Chief Economist and Head of Economic Research Department for Japan. From November 1999 to March 2006, Dr. Shirakawa was Chief Economist at UBS Securities Japan. In June 2017, he was appointed Vice Chairman of Credit Securities (Japan) Ltd. (CSJL) besides his existing role as Chief Economist Japan. He was elected Member of Board of Directors of CSJL in June 2019.
Dr. Shirakawa was ranked runners-up in the 2013 Institutional Investor survey for Japan economics. His team won the Forecast Accuracy Award for Japan’s GDP growth & CPI inflation rates from Consensus Economics for 2015 & 2016, and the Best Investment Research Team Japan Award from Capital Finance Intl. (2019).
Dr. Shirakawa started his professional career at the Bank of Japan in 1983. He spent about 16 years at the Bank, mainly in charge of research and analysis of money and credit markets. He was a special assistant to the governor in 1997-1998 when the country was in the middle of banking crisis. From 1991 to 1994, Dr. Shirakawa was a senior economist at the Organization for Economic Co-operation and Development (OECD), based in Paris. He holds a B.A. in Economics and a Ph.D. in Policy Studies.
He was a member of the Cabinet Office’s special study group on economic policy management in 2012-13. He was one of the private-sector advisers to the Prime Minister’s Office on the 2014 VAT hike. He has authored a number of books, which include “Consumption Tax versus Savings Tax” (2011), “Is Japan becoming a twin deficit country?” (2012), and “The Isolated Central Bank: BoJ” (2014) as his recent publications. 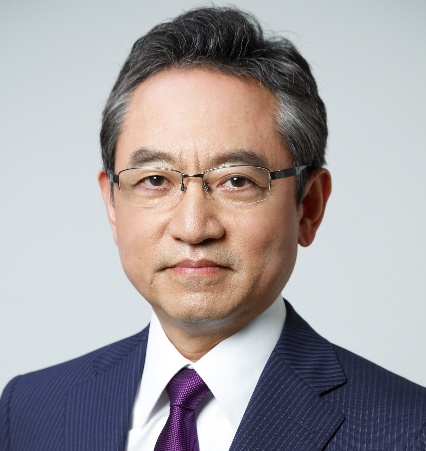